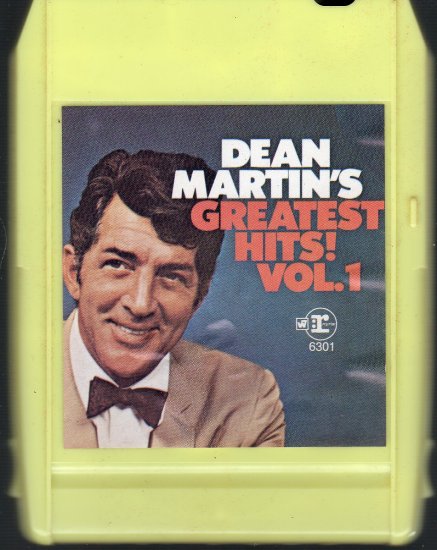 Tweet
Dean Martin (June 7, 1917 – December 25, 1995) was an American singer, film actor and comedian. Martin's hit singles included "Memories Are Made of This", "That's Amore", "Everybody Loves Somebody", "Mambo Italiano", "Sway", "Volare" and smash hit "Ain't That a Kick in the Head?". Nicknamed the "King of Cool", he was one of the members of the "Rat Pack" and a major star in four areas of show business: concert stage/night clubs, recordings, motion pictures, and television.

Comes with foil splice, original pads and a 7-day money back guarantee from 8tracksRBack.
... [Full Description]