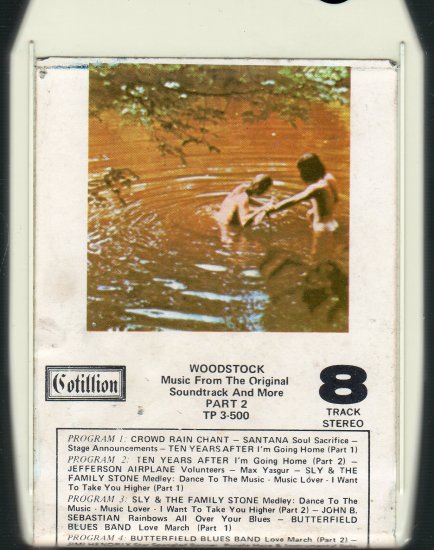 Tweet
Woodstock Music & Art Fair (informally, Woodstock or The Woodstock Festival) was a music festival, billed as "An Aquarian Exposition: 3 Days of Peace & Music". It was held at Max Yasgur's 600-acre (2.4 km²; 240 ha, 0.94 mi²) dairy farm near the hamlet of White Lake in the town of Bethel, New York, from August 15 to August 18, 1969. Bethel, in Sullivan County, is 43 miles (69 km) southwest of the town of Woodstock, New York, in adjoining Ulster County.

During the sometimes rainy weekend, thirty-two acts performed outdoors in front of 500,000 concert-goers. It is widely regarded as one of the greatest and most pivotal moments in popular music history and was listed among Rolling Stone's 50 Moments That Changed the History of Rock and Roll.

The event was captured in the successful 1970 documentary movie Woodstock, an accompanying soundtrack album, and Joni Mitchell's song "Woodstock" which commemorated the event and became a major hit for Crosby, Stills, Nash & Young.