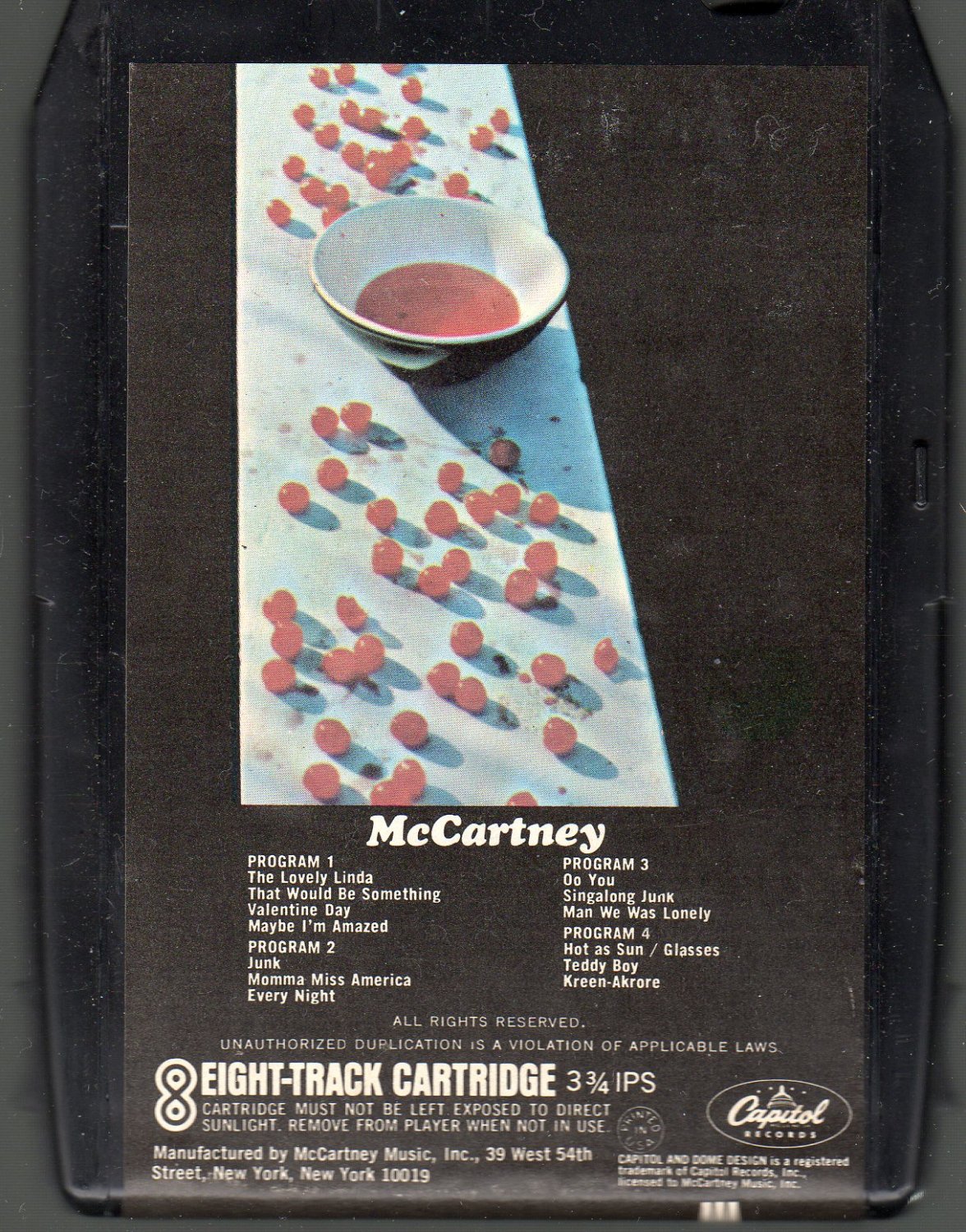 Tweet
McCartney is the first solo album by English musician Paul McCartney. It was issued on Apple Records in April 1970 after McCartney had resisted attempts by his fellow Beatles to have the release delayed to allow for Apple's previously scheduled titles, notably the band's Let It Be album. McCartney recorded his eponymous solo album during a period of depression and confusion, following John Lennon's private announcement in September 1969 that he was leaving the Beatles, and the conflict over its release further estranged McCartney from his bandmates. A press release in the form of a self-interview, supplied with UK copies of McCartney, led to the announcement of the group's break-up on 10 April 1970.

Apart from then-wife Linda's vocal contributions, McCartney performed the entire album solo. Featuring loosely arranged (and in some cases, unfinished) home recordings, McCartney explored the back-to-basics style that had been the original concept for the Let It Be project in 1969. Partly as a result of McCartney's role in officially ending the Beatles' career, the album received an unfavourable response from the majority of music critics, although the song "Maybe I'm Amazed" was consistently singled out for praise. Commercially, McCartney benefited from the publicity surrounding the break-up; it held the number 1 position for three weeks on the US Billboard 200 chart and peaked at number 2 in Britain. The album was reissued in June 2011 as part of the Paul McCartney Archive Collection.

Sir James Paul McCartney, MBE (born 18 June 1942) is an English musician, singer, songwriter, multi-instrumentalist and composer. With John Lennon, George Harrison and Ringo Starr, he gained worldwide fame as a member of the Beatles; his songwriting partnership with Lennon is one of the most celebrated of the 20th century. After the band's break-up, he pursued a solo career, and later formed Wings with his first wife, Linda, and Denny Laine.

Guinness World Records described McCartney as the "most successful composer and recording artist of all time", with 60 gold discs and sales of over 100 million albums and 100 million singles, and as the "most successful songwriter" in United Kingdom chart history.[1] More than 2,200 artists have covered his Beatles song "Yesterday", more than any other copyrighted song in history. Wings' 1977 release "Mull of Kintyre" is one of the all-time best-selling singles in the UK. Inducted into the Rock and Roll Hall of Fame as a solo artist in March 1999, McCartney has written, or co-written 32 songs that have reached number one on the Billboard Hot 100, and as of 2013 he has sold over 15.5 million RIAA-certified units in the United States. McCartney, Lennon, Harrison and Starr received MBEs in 1965, and in 1997, McCartney was knighted for his services to music.

McCartney has released an extensive catalogue of songs as a solo artist and has composed classical and electronic music. He has taken part in projects to promote international charities related to such subjects as animal rights, seal hunting, landmines, vegetarianism, poverty, and music education. He has married three times and is the parent of five children.