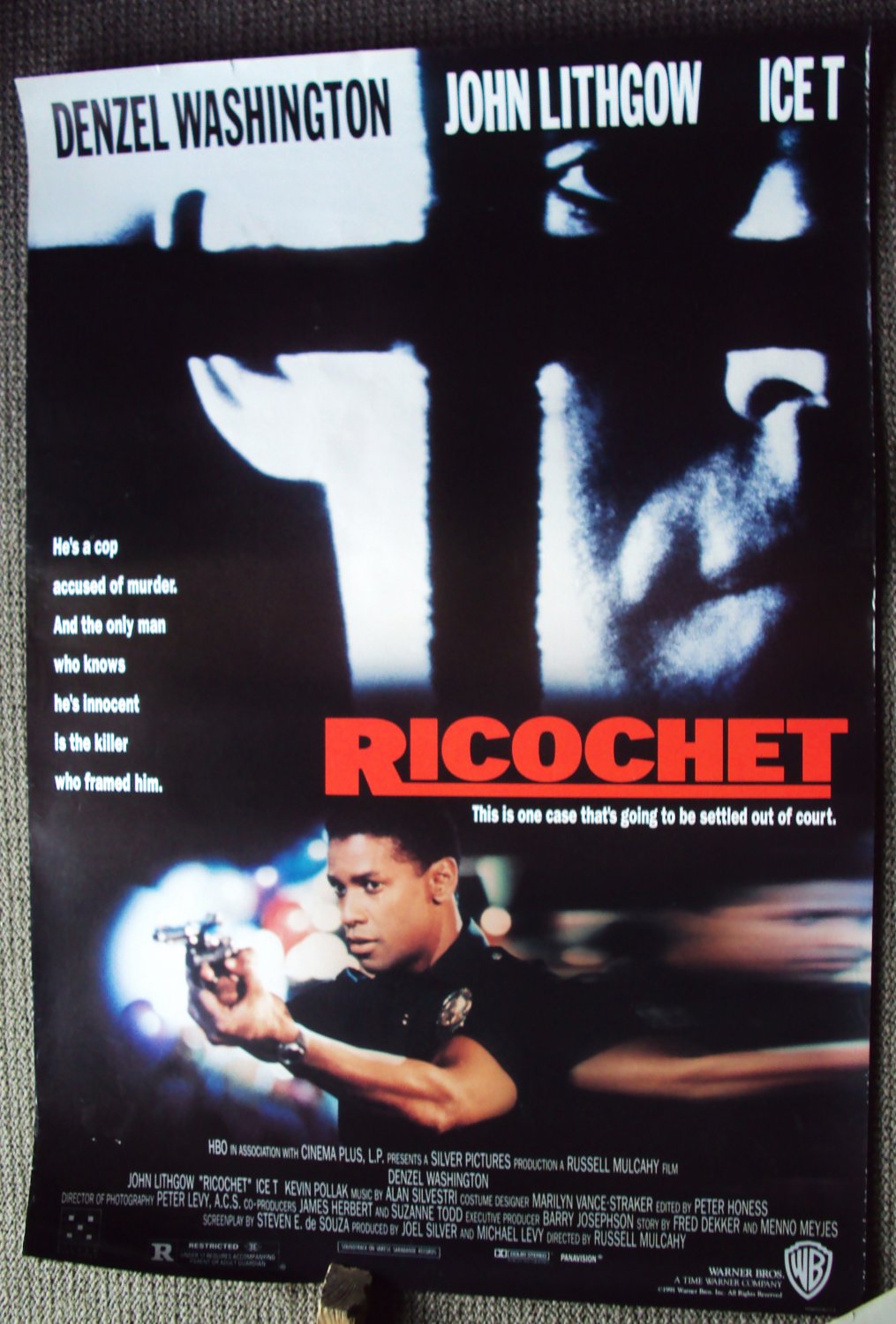 Tweet
This is an ORIGINAL Double Sided 1-sheet Movie poster, measuring 27” x 41.” It’s never been hung some edge wear. It would look great framed. It is from the 1991 police action film,

An attorney is terrorized by the criminal he put away years ago when he was a cop. In this action thriller, Denzel Washington plays Nick Styles, the assistant district attorney of L.A. The film opens in his early days as a cop on the L.A.P.D. During a carnival, master criminal Earl Talbot Blake creates a scene after a botched drug deal. Styles and Blake confront each other, during which Blake is wounded by Styles and later sent to prison. Seven years later, Blake escapes from prison during a parole board hearing to carry out his revenge against Styles, and what follows is a violent series of events that destroys Styles' career. This sets the stage for one last bloody duel between Styles and Blake.

Great poster if you like this Academy Award Winning Actor's early work!

Tall, strikingly handsome leading man of films and television in the 1980s and 1990s, Denzel Washington was born in 1954 in Mount Vernon, New York. He was the middle child of the 3 children of a Pentecostal minister father and a beautician mother. After graduating from high school, Denzel enrolled at Fordham University intent on a career in journalism. However, he caught the acting bug while appearing in student drama productions and, upon graduation, he moved to San Francisco and enrolled at the American Conservatory Theater. He left A.C.T. after only 1 year to seek work as an actor. With his acting versatility and powerful sexual presence, he had no difficulty finding work in numerous television productions. He made his first big screen appearance in Carbon Copy (1981) with George Segal. Through the 1980s, he worked in both movies and television and was chosen for the plum role of "Dr. Chandler" in NBC's hit medical series "St. Elsewhere" (1982), a role that he would play for 6 years. In 1989, he won the Oscar for Best Supporting Actor for his portrayal of "Tripp", the runaway slave in Edward Zwick's powerful historical masterpiece Glory (1989).