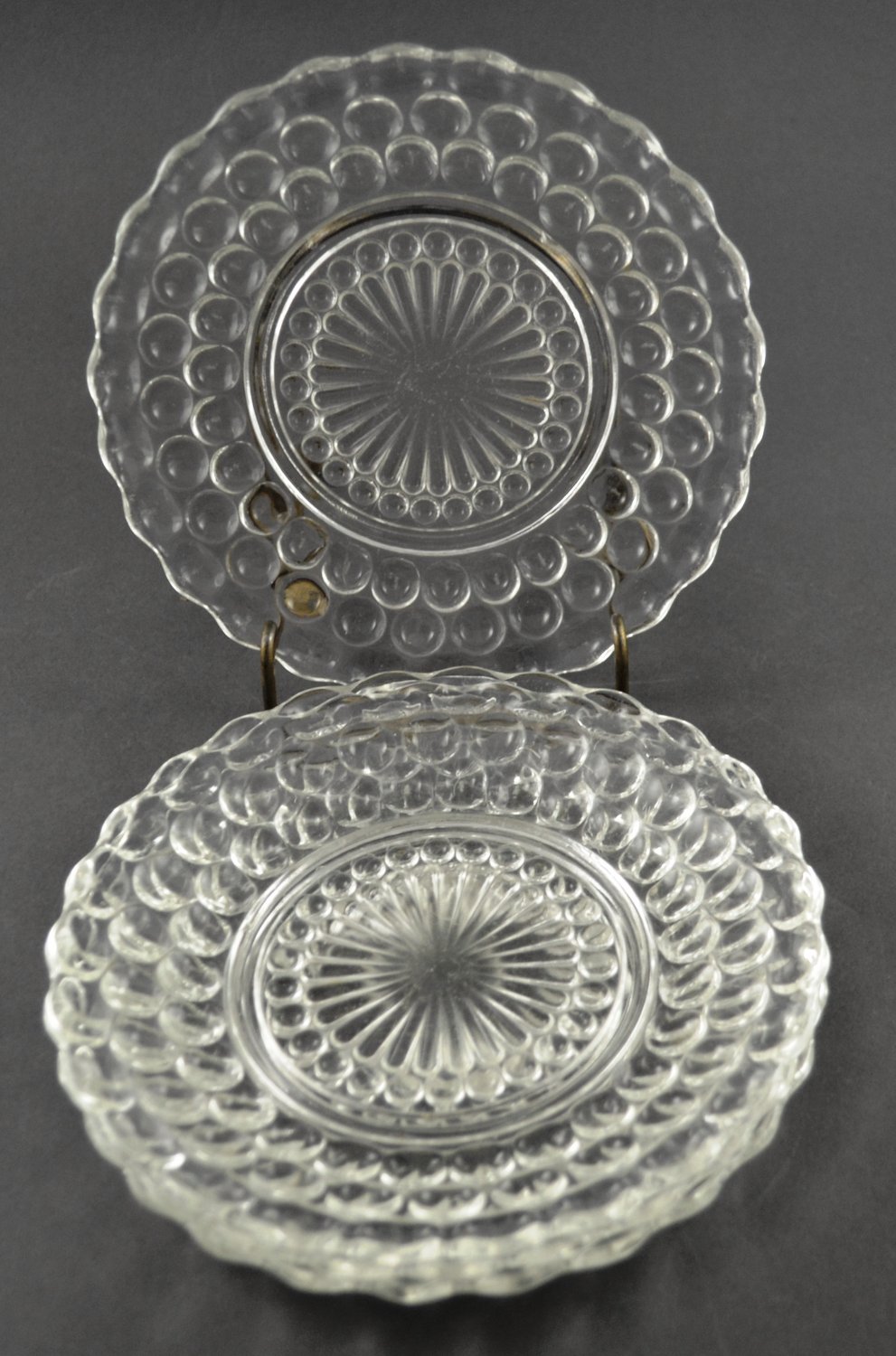 Tweet
Set of 4 vintage Anchor Hocking - Bubble aka Bullseye pattern bread and butter plates in crystal clear. This pattern was produced between 1940 through 1968. This pattern in the crystal was sold as part of their Fire King line and are suppose to be heat resistant. Each plate is just under 6 3/4 inch diameter. All 4 plates have some scratching and 1 plate does have a chip on the collar base - see pictures. No other chips or cracks and the glass is clear.