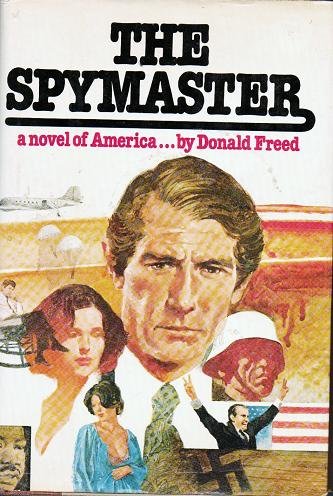 Condition: Very Good
Dust jacket included in good condition with some small tears, initials written on the bottom of the book, no other writing, no folded pages, tight binding.

"Vivian Thomas Jefferson Prescott-son of FDR's confidant, boyhood friend of Jack Kennedy, graduate of Yale, hero of WWII-is the Spymaster! From the murder of Reinhard Heydrich to the Bay of Pigs fiasco . . . from the McCarthy witch-hunts to the defection of Kim Philby . . . from the planned assassination of Fidel Castro to the actual assassinations of the Kennedy brothers . . . Viv Prescott is at the center of them all. As Director of the CIA, he is at the center of the storm that follows Watergate, when the Agency goes out of control and threatens to eaar the country asunder . . ."

OUT of USA: MAIL QUOTE IS ESTIMATED. You may inquire what the rate will be to your destination prior to purchasing, as the amount may be much less...I'll update the cost on the invoice at that time.