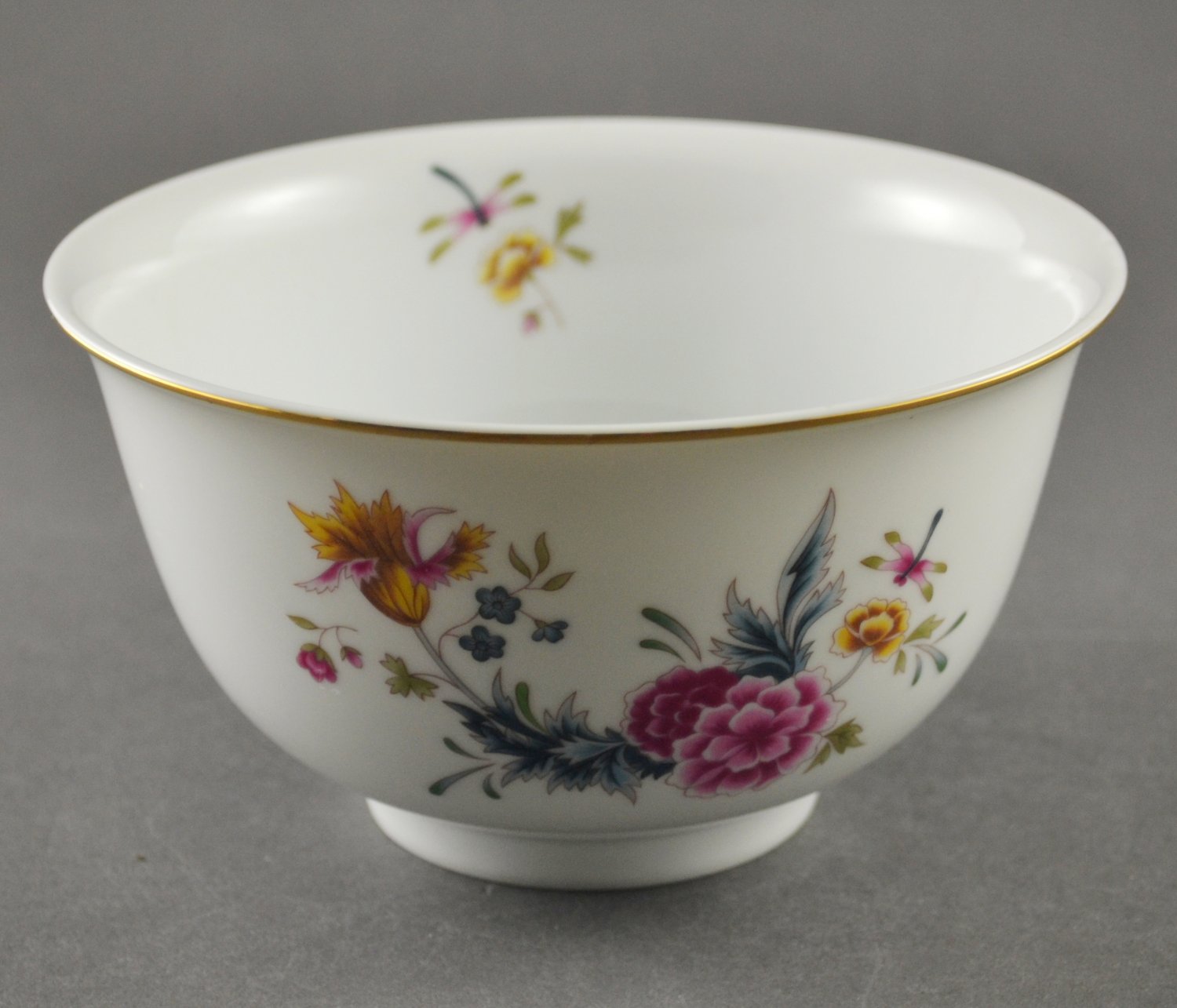 Tweet
The American Heirloom porcelain bowl introduced by Avon in 1981 is beautifully decorated with pink, blue and yellow flowers with greenery. The inside of the bowl is decorated with a simple flower and dragonfly. With the classic Paul Revere shape, this bowl is about 6 inch diameter and stands about 4 inches high. The edge of the white porcelain bowl, also called a rice bowl, is trimmed in gold.

There are no cracks, chips or flakes. Does not have a stand and does not have its original box.
eCrat 17-9
... [Full Description]