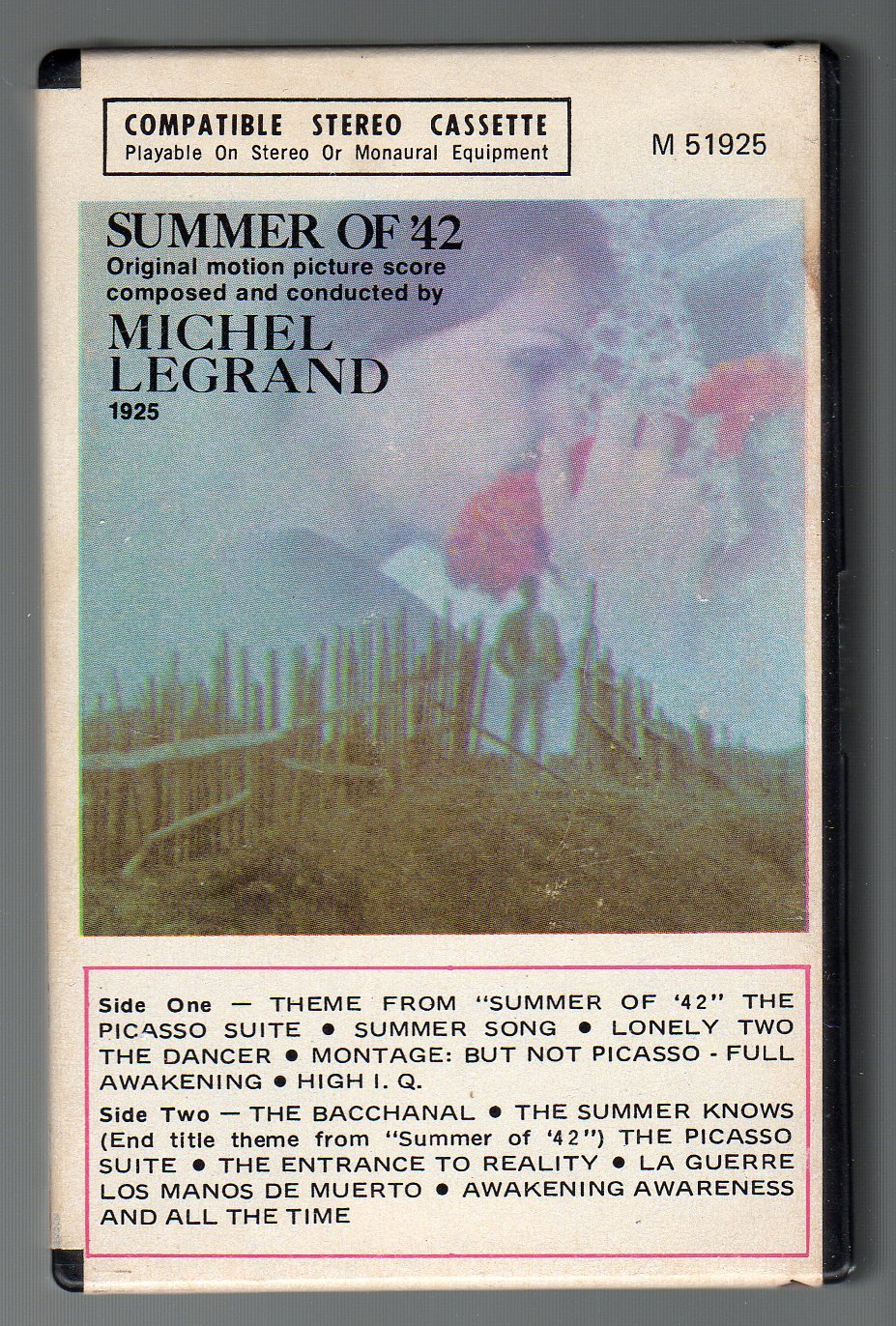 Tweet
Summer of '42 is a 1971 American coming-of-age drama film based on the memoirs of screenwriter Herman Raucher. It tells the story of how Raucher, in his early teens on his 1942 summer vacation on Nantucket Island, off the coast of New England, embarked on a one-sided romance with a woman, Dorothy, whose husband had gone off to fight in World War II.

The film was directed by Robert Mulligan, and starred Gary Grimes as Hermie, Jerry Houser as his best friend Oscy, Oliver Conant as their nerdy young friend Benjie, Jennifer O'Neill as Hermie's mysterious love interest, and Katherine Allentuck and Christopher Norris as a pair of girls whom Hermie and Oscy attempt to seduce. Mulligan also has an uncredited role as the voice of the adult Hermie. Maureen Stapleton (Allentuck's real life mother) also appears in a small, uncredited voice role (calling after Hermie as he leaves the house in an early scene, and after he enters his room in a later scene).

Raucher's novelization of his screenplay was released prior to the film's release and became a runaway bestseller, to the point that audiences lost sight of the fact that the book was based on the film and not vice-versa. Though a pop culture phenomenon in the first half of the 1970s, the novelization went out of print and slipped into obscurity throughout the next two decades until a Broadway adaptation in 2001 brought it back into the public light and prompted Barnes & Noble to acquire the publishing rights to the book.

The film's soundtrack consists almost entirely of compositions by Michel Legrand, many of which are variants upon "The Summer Knows", the film's theme. In addition to Legrand's scoring, the film also features the song "Hold Tight" by The Andrews Sisters and the theme from Now, Voyager. Due to this lack of songs, when the soundtrack was released, it contained not only the score to Summer, but also Legrand's composition "The Picasso Suite." In spite of this, many issues of the album are still labeled as exclusively being the soundtrack to Summer, while others contain the notation in small print on the album cover "Also contains 'The Picasso Suite'".

Legrand's theme song for the film, "The Summer Knows," has since become a pop standard, being recorded by such artists as Peter Nero (who had a charting hit with his 1971 version), Tony Bennett, Frank Sinatra, Andy Williams, Jonny Fair, and Barbra Streisand.

The 1973 song "Summer (The First Time)" by Bobby Goldsboro has almost exactly the same subject and apparent setting, although there is no direct credited link. Bryan Adams has, however, credited the film as being a partial inspiration for his 1985 hit "Summer of '69."