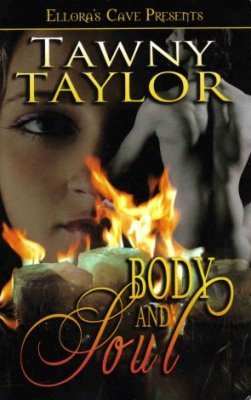 Tweet
Pesky Paranormals: Stephanie Burbank is your typical twenty-something divorcee with a very atypical problem. Thanks to her ex-husband, who seems to have forgotten that not only are they divorced but he's also dead she doesn't dare go on a date. Thanks to Jeremy, fiery passion takes on a whole new meaning.

Rafe Hammond is not your typical bachelor. He has a secret too, which has been like a bucket of icy water on his lusty love life, but when his sexy neighbor puts the moves on him, he's unable to resist and to hell with the consequences!

A little ingenuity is all they'll need both inside the bedroom and out to outsmart the pesky phantoms so they can cool their blazing lust. It's a battle of the elements as spirits collide and two people who haven't had a ghost of a chance at love until now give it a shot, risking more than just bodily harm.

Phantasmic Fantasies: Jeremy Burbank is dead but that doesn't mean he doesn't have certain needs. But it isn't easy for a dead guy with a five-year boner find a woman who (1) can help him cross from the world of the spirit to the living, and (2) doesn't need a legally binding marriage license to be happy. One fiery redhead from his high school days fills all the criteria. Of course, she's not going to make this easy.

Hope Love Hart, the most unpsychic psychic medium in the business, is desperate. Her customers are demanding refunds, the utility company's threatening to shut off her power, and her life's a mess. The source of her problems she couldn't hear a ghost if it were standing on her head screaming in her ear with a megaphone. On a whim, she scrapes together some cash and buys a music CD on eBay from a mysterious seller who claims it'll help her connect with the spirit world.

The result is two worlds and two strong wills colliding, producing a couple of phantoms, a handful of fantasies and a whole lot of excitement, both in the bedroom and out.