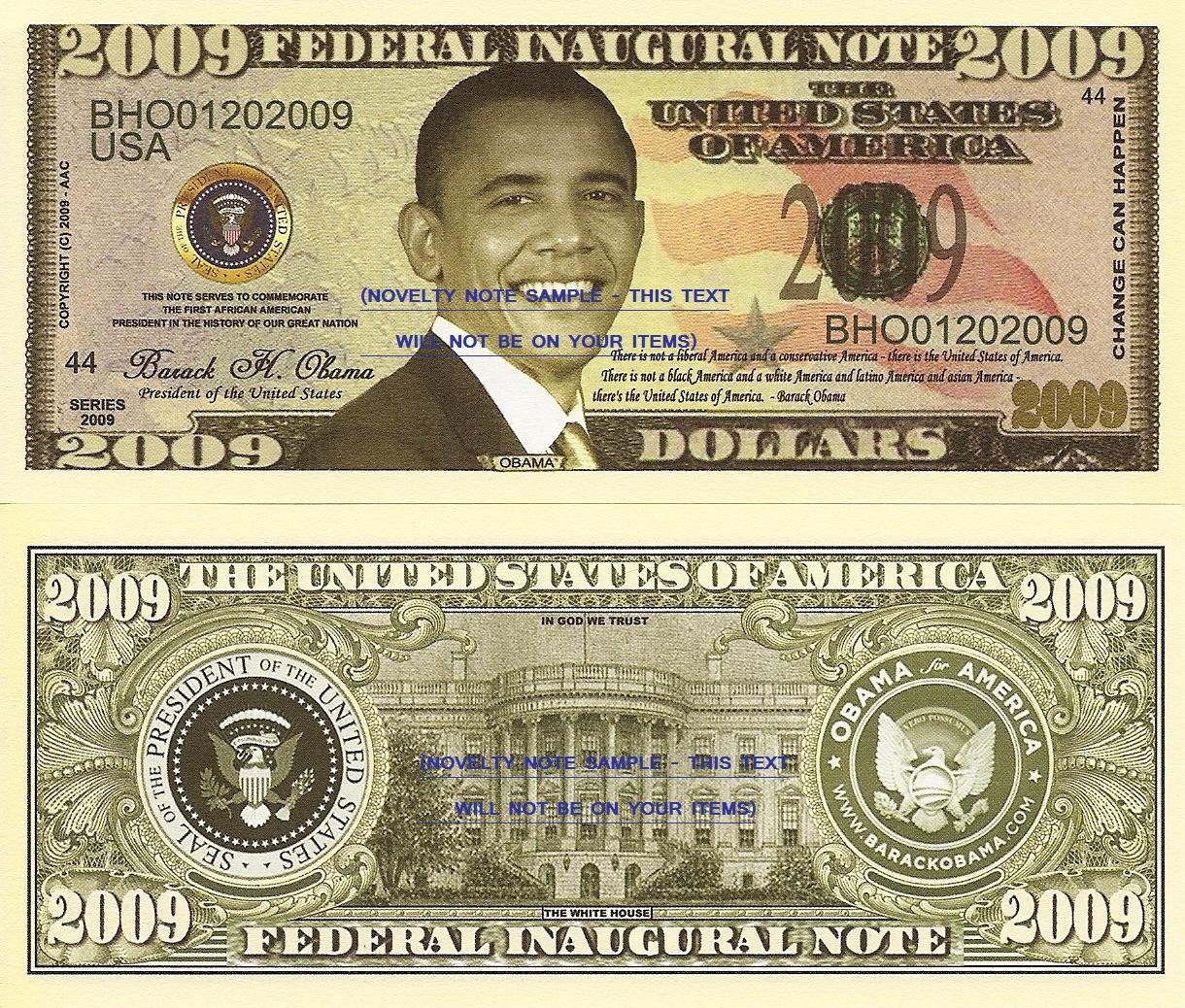 Great care and attention to detail make these Bill's a HIGH QUALITY COLLECTABLE. They are also excellent novelty gifts. Perfect for framing or including with Greetings Cards.

The front of the Bill pictures BARACK H OBAMA the 44th President of the United States of America. They are numbered BHO01202009 (the date of Obama's inauguration). THIS NOTE SERVES TO COMMEMORATE THE FIRST AFRICAN AMERICAN PRESIDENT IN THE HISTORY OF OUR GREAT NATION.

The back of the Bills pictures the WHITE HOUSE and the Seal of the President of the United States.

The Bills are the same size as real American dollars and have quality printing on quality paper. They look great framed.
... [Full Description]

Other Products from theuknoveltydollarshop (View All)