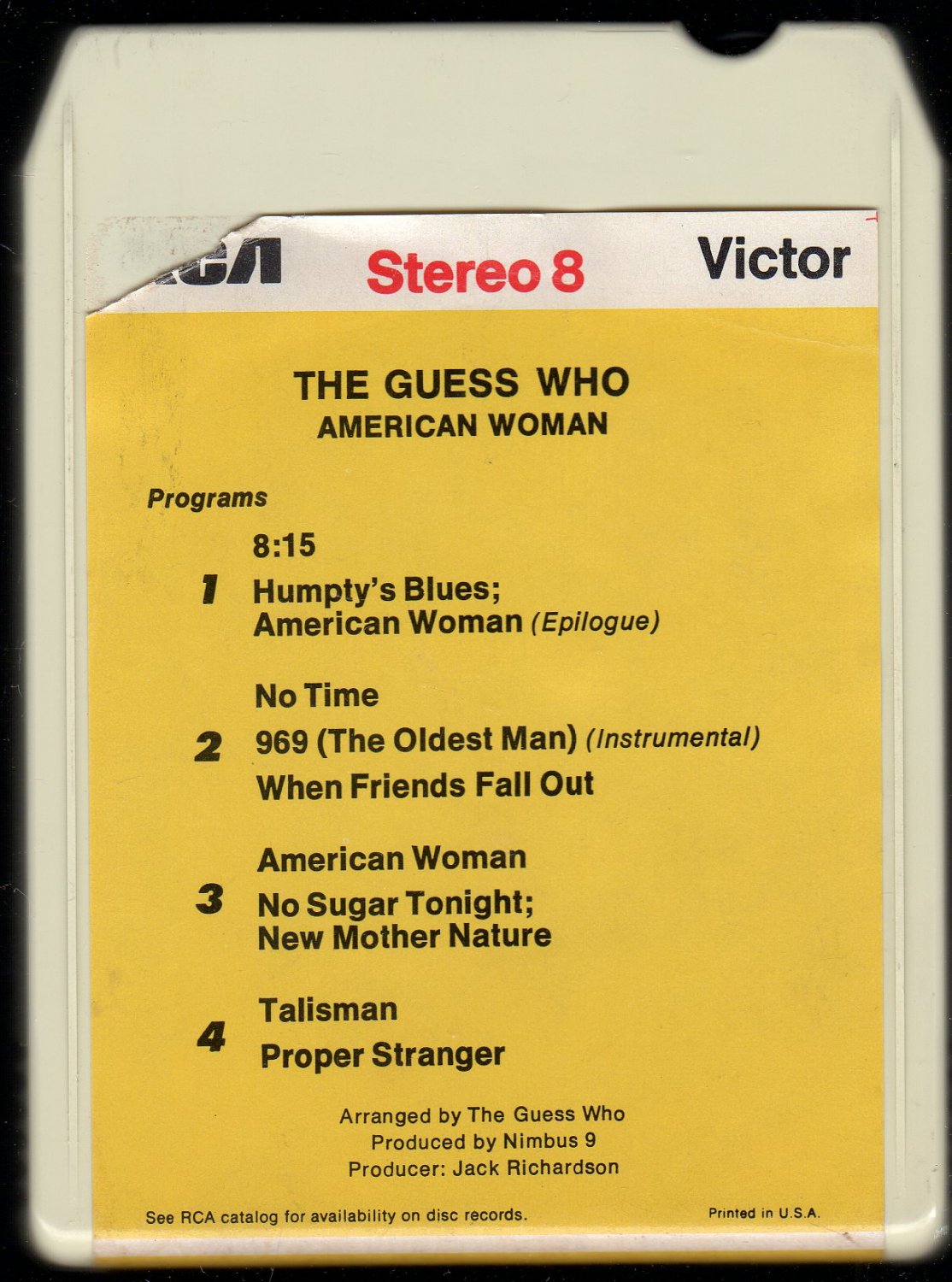 American Woman is the seventh album by the Canadian rock band The Guess Who, released in 1970. It peaked at No. 9 on the Billboard Pop Albums charts. It stayed on the charts for more than a year and was their most successful release.

In addition to the title cut (the group's most successful song), this album also includes a re-make of "No Time", a song the group previously recorded for Canned Wheat—the new version is the one most familiar to listeners.

This was guitarist Randy Bachman's last finished album with the group until a reformation effort in 1983.

American Woman was re-mastered and released on CD by Buddah Records in 2000 and included a bonus track—"Got to Find Another Way". Also in 2000, Lenny Kravitz covered American Women for which he won Best Male Rock Vocal Performance at the 42nd Grammy Awards.

The Guess Who are a Canadian rock band from Winnipeg, Manitoba. Major stars in their homeland, they also found international success from the late 1960s through the mid-1970s with numerous hit singles, including "American Woman", "These Eyes" and "Share the Land". Several members of The Guess Who, notably Burton Cummings and Randy Bachman (of Bachman Turner Overdrive), have also found considerable success outside the band.

The band was inducted into The Canadian Music Hall of Fame in 1987.