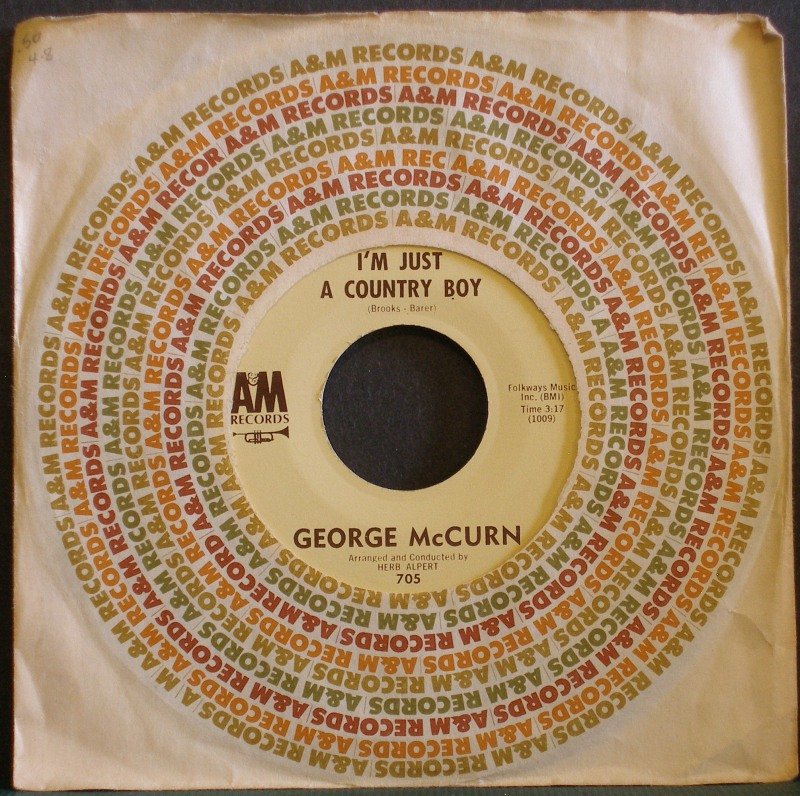 Title: I'm Just a Country Boy / In My Little Corner of the World

Notes: Upon his return McCurn hooked up in Los Angeles with producers Herb Alpert and Jerry Moss and their fledgling A&M record label. In January 1963, McCurn recorded his first solo single, I'm Just a Country Boy, with Alpert, Moss and arranger Shorty Rogers on board. I'm Just a Country Boy was a very minor hit, entering the Billboard Hot 100 at position # 100 in the month of March 1963. McCurn's follow-up album, Country Boy Goes to Town!, was A&M LP 102, but it failed to find an audience. Country Boy Goes to Town! remains one of the scarcest of all albums issued on the A&M label, but it is also considered inordinately obscure and few collectors are even aware that it exists. - allmusic.com

Other Products from phoenixtools (View All)