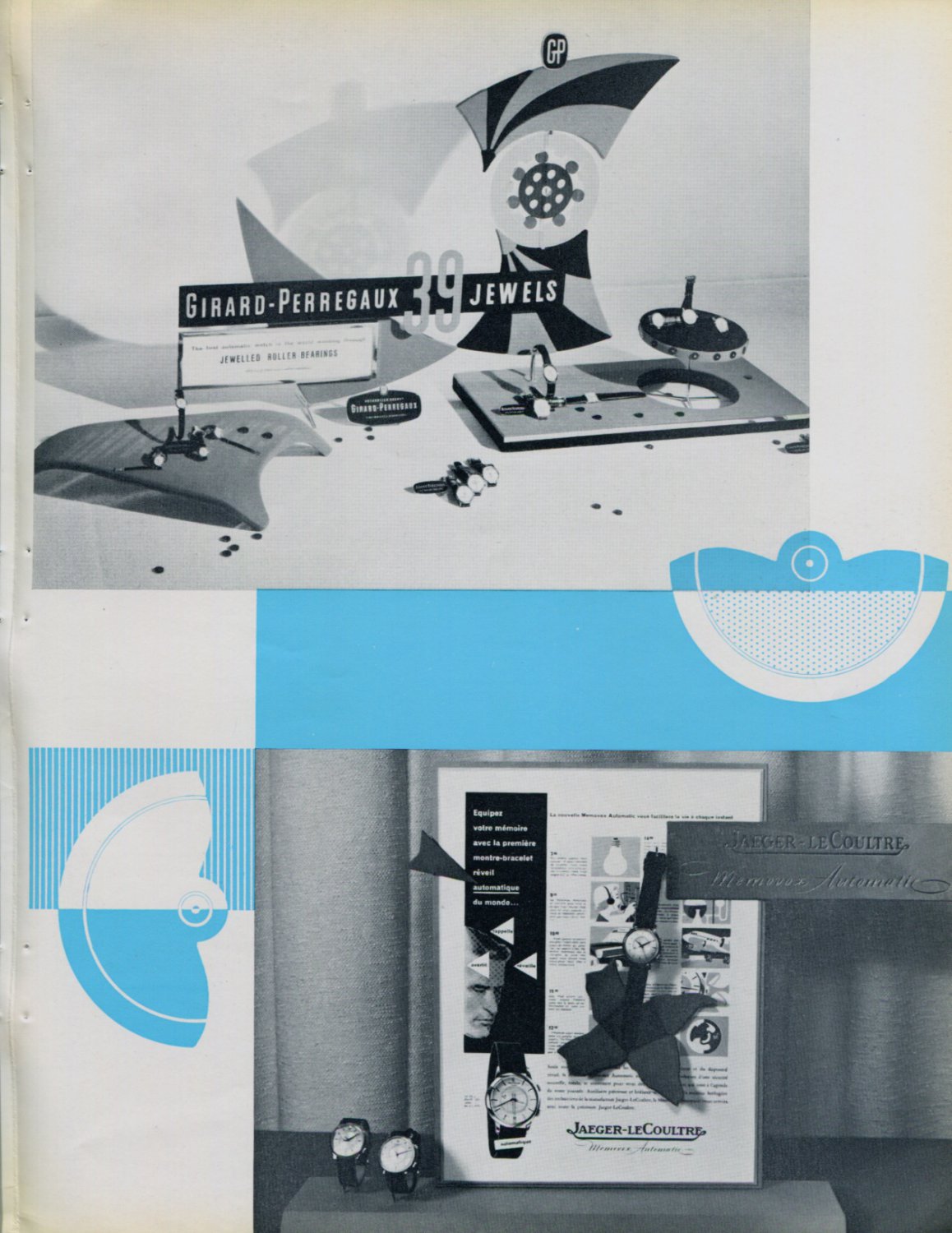 Text in the article is in English.

The opening sentences of the article read:

"Th automatic watch is becoming more and more widely known, and its price now places it within the reach of every purse. But far too often, in our opinion, automatic models are displayed in windows beside ordinary watches, without anything to distinguish them. We continue to believe in the principle of windows devoted exclusively to one speciality, the one true method of achieving the publicity necessary to make it known."

Later in the article, there is a section titled "Presentation of the Different Makes of Automatic Watches," which shows black and white images of "example" display windows from various Swiss manufacturers. Companies with an image included in this section include:

The magazine article was carefully removed from a Swiss magazine.

[Please note: this is a magazine article/magazine clipping only; no watch, clock, parts or tools are included.]

The article is 16 pages in length (on 8 sheets of paper, front and back).

I have left the pages attached and untrimmed, allowing them to form a sort of "booklet." There are tiny staple holes and some light wear along the page edge from where the clipping was removed from the publication in which it was included.

As with most vintage magazine clippings, there is some yellowing to the paper due to age as well as light wear and small bends.

The magazine article was carefully removed directly from a Swiss magazine. It is not a copy or reproduction. The rest of the magazine is not included.

[Please note: this is a magazine article/magazine clipping only; no watch, clock, parts or tools are included.]

Other Products from vintagepaperandsalvage (View All)