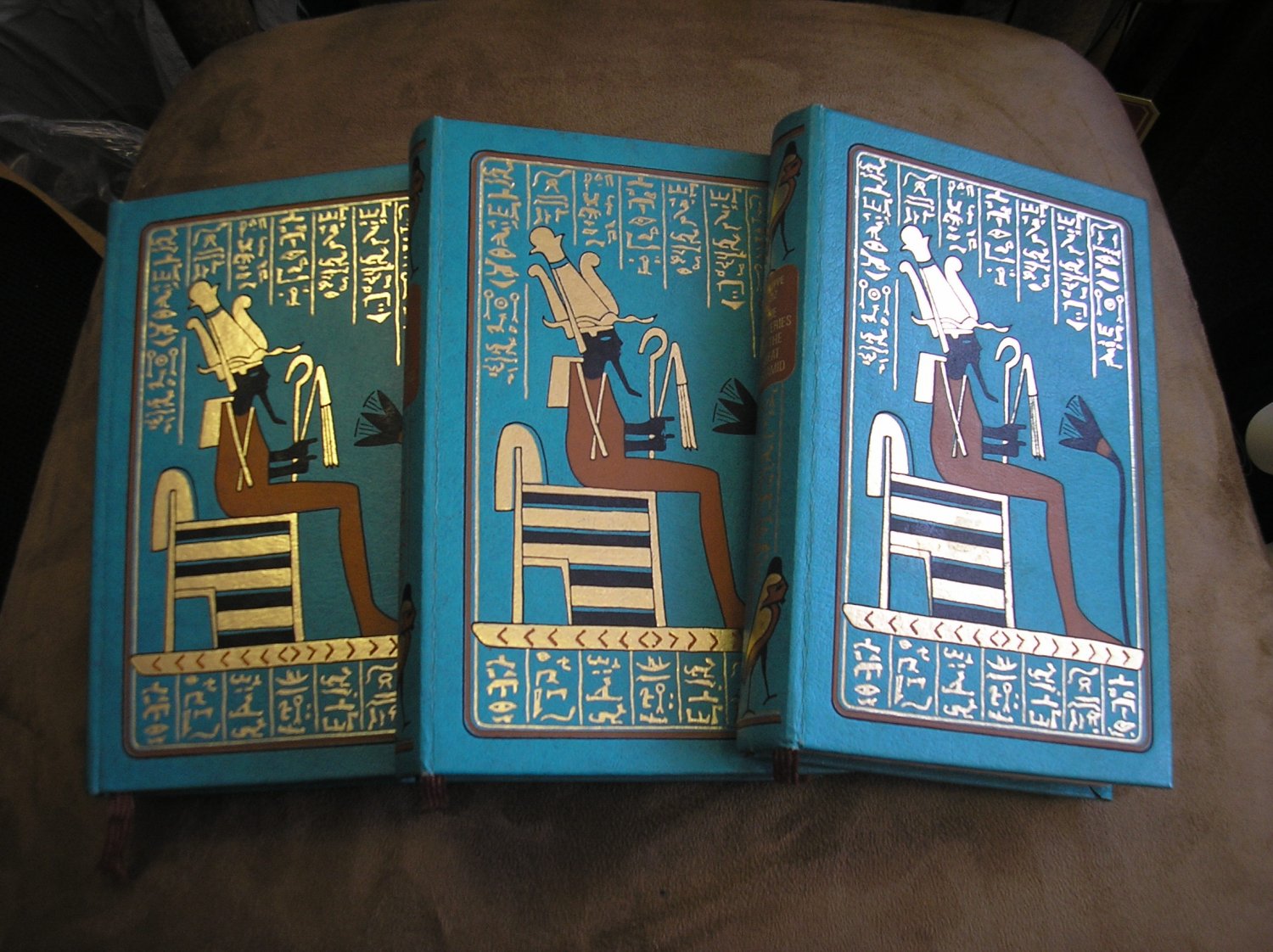 Tweet
This is a RARE Set of 3 books on Egypt published by The Friends of History in the 1970's!

The Mysteries of the Great Pyramid by Aziz, Philippe

"The Great Pyramid of the pharaoh Cheops is big. It is even the most ambitious construction that man has raised on the surface of the earth. But do not let yourself be blinded by its great size and its mysteries! Allah and his prophet are much greater and much more inaccessible to human comprehension."

Isis or the Search for Egypt's Buried Past by Pierre Montet

This book starts with the early history of the exploration of Egypt's monuments with no shortage of interesting details. The contribution of Auguste Mariette to the science of Egyptology is beautifully put forward with many details rarely documented before.

The curse of the Pharaohs by Yves Naud

This book deals with the curses found in the Egyptian pharaohs' tombs and supposedly responsible for some mysterious deaths, accidents, etc. The author isn't so much concerned with proving or disproving this phenomena, rather he's more concerned with collecting and recounting the folklore and history surrounding these curses. Perhaps more interesting, he delves into the religious beliefs and practices of the ancient Egyptians, including the mythology and mystery cults. Naud draws from a wide variety of primary and secondary sources, from Greek historians to kooky spiritualists theorizing about Atlantic, etc. The writing itself is very engaging, a nice blend of the scholarly and entertaining.