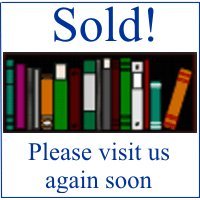 Tweet
A reluctant young hero holds the key to the future of mankind in the palm of his hand in this eye-popping, sci-fi adventure. In the year 3028 the Drej, a vicious alien race, has destroyed earth. Fifteen years later a young man named Cale learns he possesses a genetically encoded map to the Titan, a spaceship that holds the secret to the salvation of the human race. With the Drej in hot pursuit, Cale blasts off with the crew of the Valkyrie in an attempt to find the Titan before the Drej destroy it - and with it, mankind's last chance for a home of their own. Featuring an all-star voice cast that includes Matt Damon and Drew Barrymore and an edgy, out of this world soundtrack, Titan A.E. is an intergalactic thrill ride for a new generation.
=====
The original disc plays without flaw. The case and inserts are in near new condition, with owner's initials on the inside of the case.
... [Full Description]