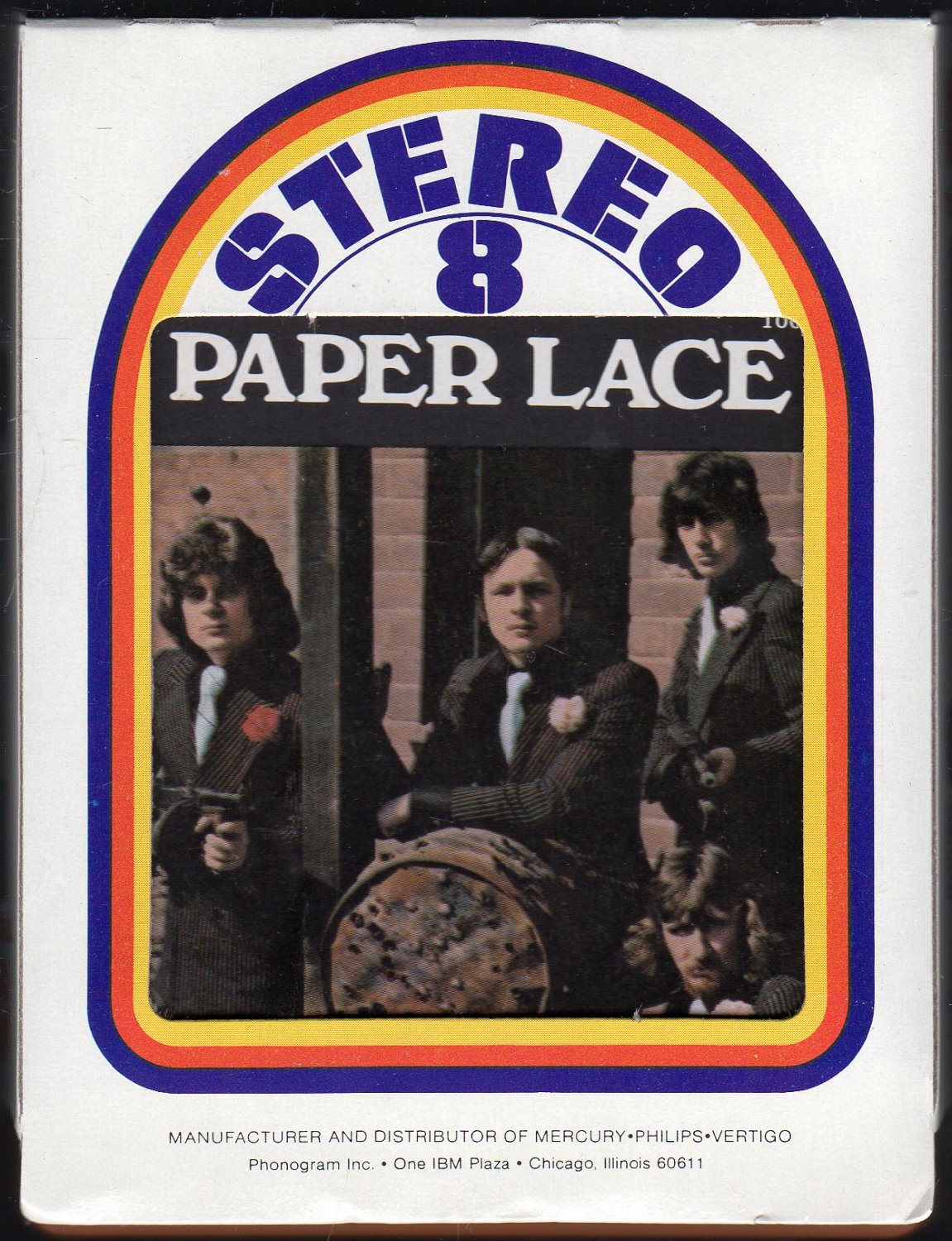 Tweet
Paper Lace was a Nottingham based pop group, formed in 1969. They are known to Americans as a one-hit wonder; however, in the UK they were a "classic two and a half hit wonder" (Sendra, 2006). The core of the band originally formed in 1967 as Music Box, but changed their name to Paper Lace when Phil Wright joined as drummer and lead singer.

The band took their name from lace products created from a special grade of high quality paper manufactured in Nottingham, their hometown. Paper Lace was one of hundreds of pop bands in England looking for the big time while slogging their way through small club gigs and brief television appearances. A season at Tiffany's, a Rochdale club, led to more television appearances, but a passport to the charts did not arrive until a 1974 victory on Opportunity Knocks, the ITV talent contest series (Larkin, 2005).

According to drummer and lead singer Phil Wright:

"Opportunity Knocks was pretty much the 70s version of The X-Factor. There was a huge audition week in 1970 at the Bridgford Hotel, which is now the Rushcliffe Borough Council building near the City Ground. And there were thousands of people queuing up. We turned up in our best suits, did a few numbers, and were told that they liked us but not to expect to go on straight away. When they finally got back to us in 1973, we thought; do we really need this now? But they were getting viewing figures of 7 million, so we went for it. And we won five weeks on the trot! There were two songwriters (Mitch Murray and Peter Callender) who got in touch with our management and offered us "Billy Don't Be a Hero", with the possibility of more songs if it took off. We went down, recorded it, and they said "Hey, this is a great song, it's going to be a hit". And the song proved to be stronger than the band, because everyone knows it, they just can't remember who recorded it. Except in Nottingham, of course…"

Thanks to that show, songwriters/producers, Mitch Murray and Peter Callender quickly signed them. The smash hit "Billy Don't Be a Hero" spent three weeks at Number one on the UK Singles Chart in March 1974. It was followed by an equally catchy story song, which reached the Number 3 called "The Night Chicago Died". Another release, "The Black-Eyed Boys", took Paper Lace to Number 11 in late 1974 (Paper Lace, 2003).

With their subject matter about the American Civil War, it was logical that "Billy Don't Be a Hero" should become a hit in the United States; however, Bo Donaldson and the Heywoods were the first to release "Billy" in the United States, and Paper Lace had to be content with a #96 placing. However, the follow-up song "The Night Chicago Died", set in the Prohibition era with reference to Al Capone, was untroubled by any such competition and topped the Billboard Hot 100 (Larkin, 2005). It sold over three million copies, and was awarded a gold disc by the R.I.A.A. in August 1974.

According to Phil Wright,

"Well, that [Chicago song] was even more successful. Number 1 in America. I got a platinum disc for that... and I certainly didn't give that away! I remember us being on Top Of The Pops and Elton John shaking my hand backstage and congratulating us on a US No.1, which he hadn't achieved at the time! The really strange thing was we couldn't even perform the song in America, due to some contractual hassles. And the label told us that they could make it a hit without us having to be there. We did a few radio stations, but that's all."

The group released two albums, Paper Lace and Other Bits of Material (1974) and the strangely titled second album, First Edition (1975); however, they quickly faded from the public eye as the band's popularity waned. Philip Wright and Cliff Fish carried on as Paper Lace, with other musicians filling in for the missing band members. In 1978, they surfaced briefly with a sing-along version of "We've Got the Whole World in Our Hands" with their local football team, Nottingham Forest F.C. (Sendra, 2006). The 7" single, with "The Nottingham Forest March" as the B-side, reached Number 24 in the UK chart but bizarrely went Top 10 in the Netherlands.

In 1997, Wright joined Sons and Lovers, however, he does occasional gigs billed as Philip Wright's Paper Lace.

They were the most successful band Nottingham ever produced, and were invited to perform on the Royal Variety Performance in front of the Queen Mother (Paper Lace, 2003).