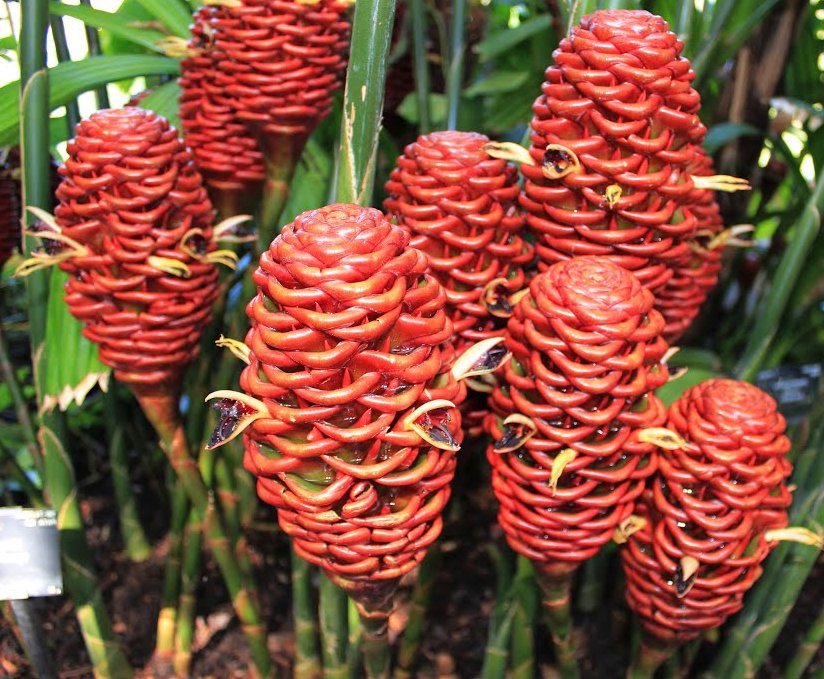 Zingiber spectabile is a species of true ginger, native to Maritime Southeast Asia. It is primarily grown in as an ornamental plant, although it has been used in South-East Asia as a medicinal herb.
The plant is commonly known by the common name "beehive ginger", due to its unusual inflorescences which resemble a skep beehive.
Plant grows 4'-5' in medium sun. Large green cone inflorescence's are produced from mid-summer to fall. Small flowers appear from under the bracts, which resemble bees . After blooming, cone turns brilliant red and lasts for 2-3 weeks. Cones make excellent cuts. Zone 9b+
... [Full Description]