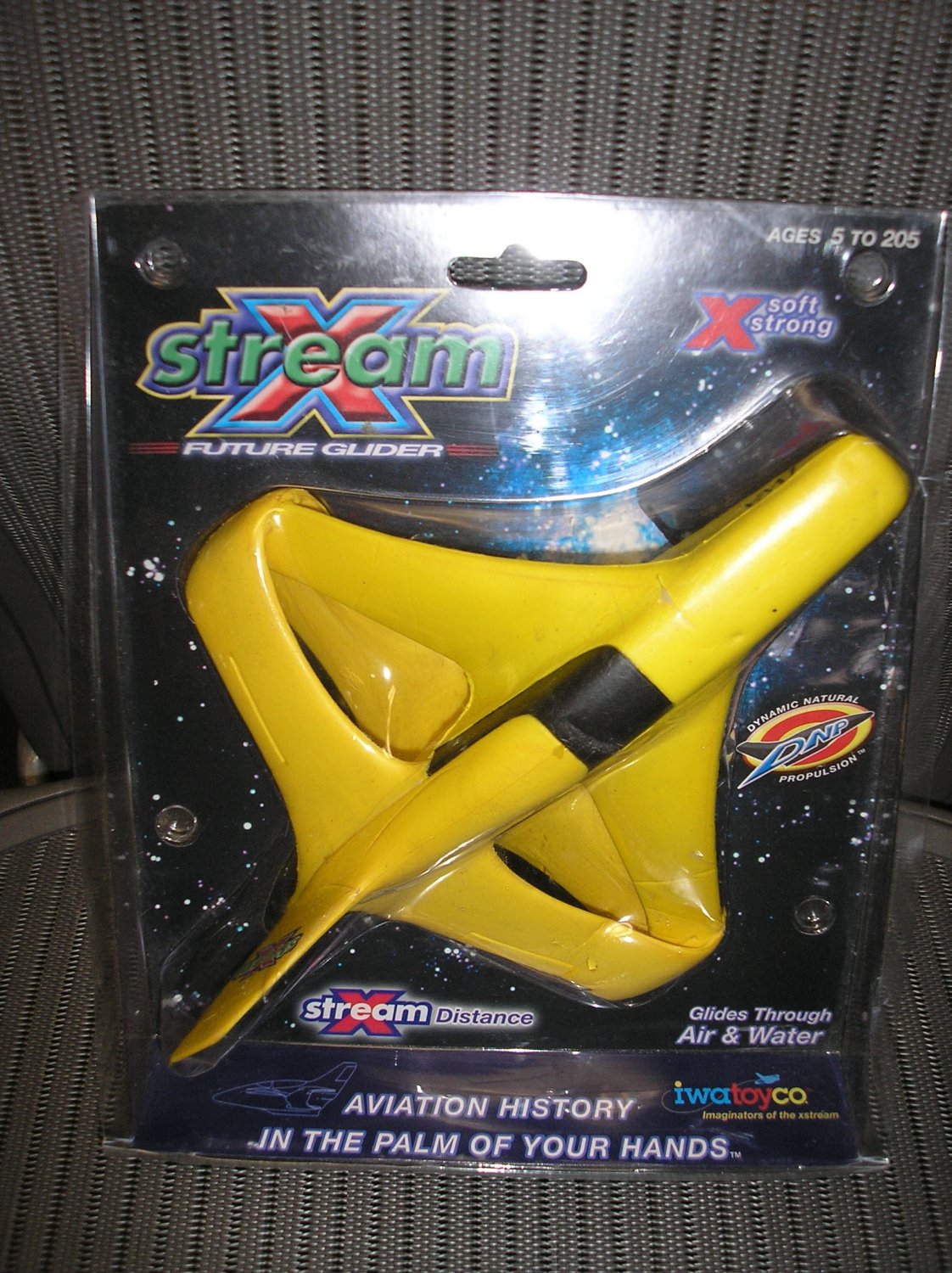 Tweet
This is a IWATOYCO X-Stream Future Glider - glides through air & water!

Watch the glider float in the air at amazing speeds and appear light as a feather the whole time. This plane glides through air and water. Kids will be mystified at the complex yet simple technology. Hold the future of aviation in the palm of your hands. The X-Stream Future Glider is the world's first application of IWA technology. With your purchase of an IWA toy you help fund the on-going research and development of a real man-carrying Internal Wing Aircraft. IWA TOY CO has designed The X-stream Glider based on Internal Wing Aircraft technology: the generation of extraordinary lift by the action of air moving through a shaped duct. Aerodynamics have come a long way in the last century. Seeking to capture energy wasted by conventionally-winged aircraft, Robert Carr developed this internal wing aircraft. He discovered that air passing through this unique wing configuration creates a phenomenon known as dynamic natural propulsion. The effect is highly efficient, and it works equally well in water, converting buoyancy to thrust. It utilizes patented IWA technology to fly faster and farther than ever before! The Xstream Internal Wing Aircraft is composed of four parts: the fuselage, the tail, the coanda and the duct. When the glider is launched, air is directed along the fuselage, over the coanda and is entrained into the duct. The internal wing, or the bottom of the duct, accelerates the flow creating enhanced lift that we call dynamic natural propulsion.

There is a break in the plastic packaging on the back and a couple of dents in the front of the package - please see pictures.