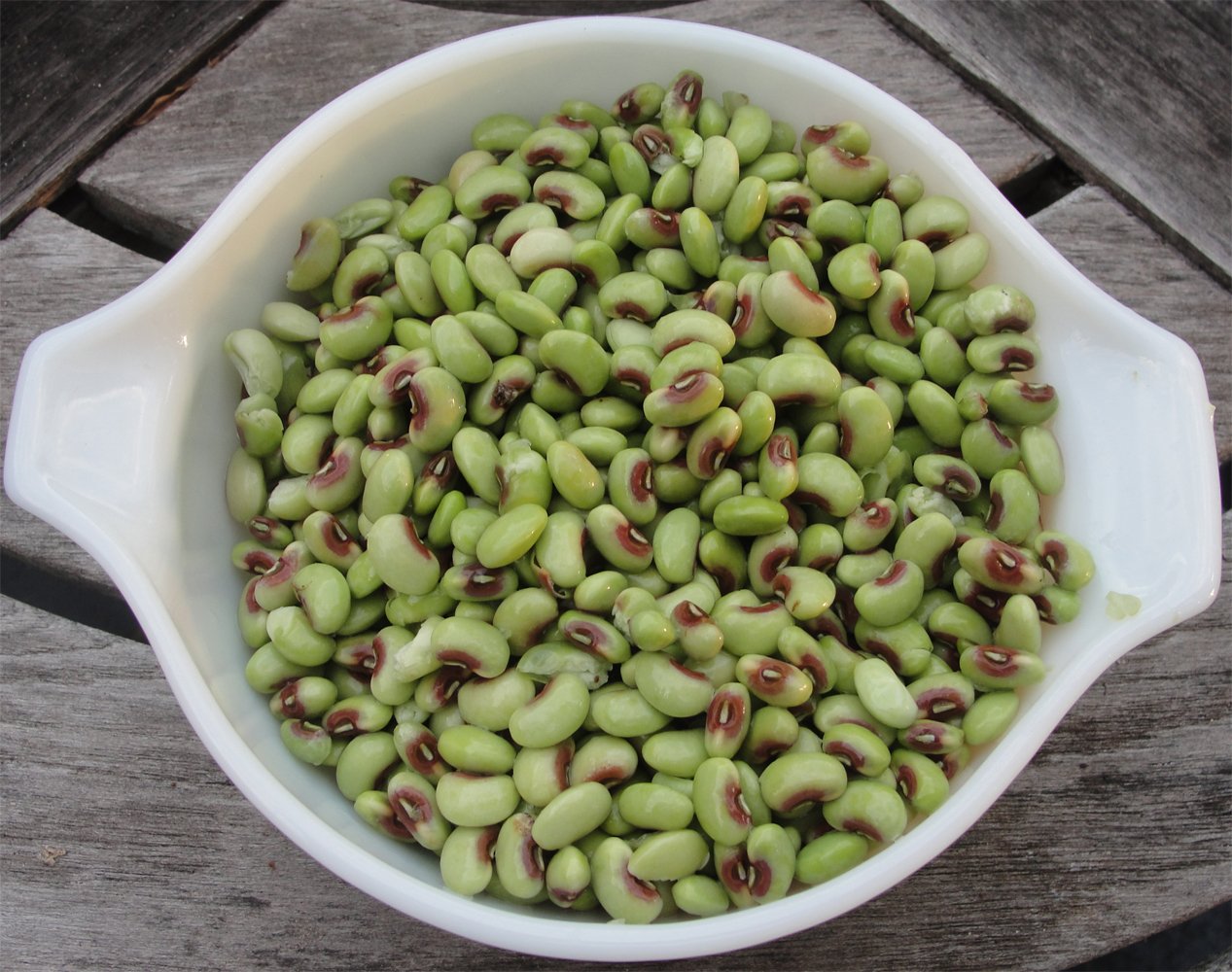 Southern Peas, or "Cowpeas" as they are known to Northerners, are native to the continent of Africa and brought to the United States in early Colonial times during the slave trade. They became a staple food in the Southeastern United States where they are eaten as green shelled peas or left to dry on the vine for later use.
They are more likely to succeed in areas with warm soil temperatures (over 60F) and no danger of frost for ninety to one hundred days after planting. They are highly tolerant of drought and a wide variety of soil conditions, including heavy clay and sandy soils. Soil pH can range from 5.5 to 7. 67 days