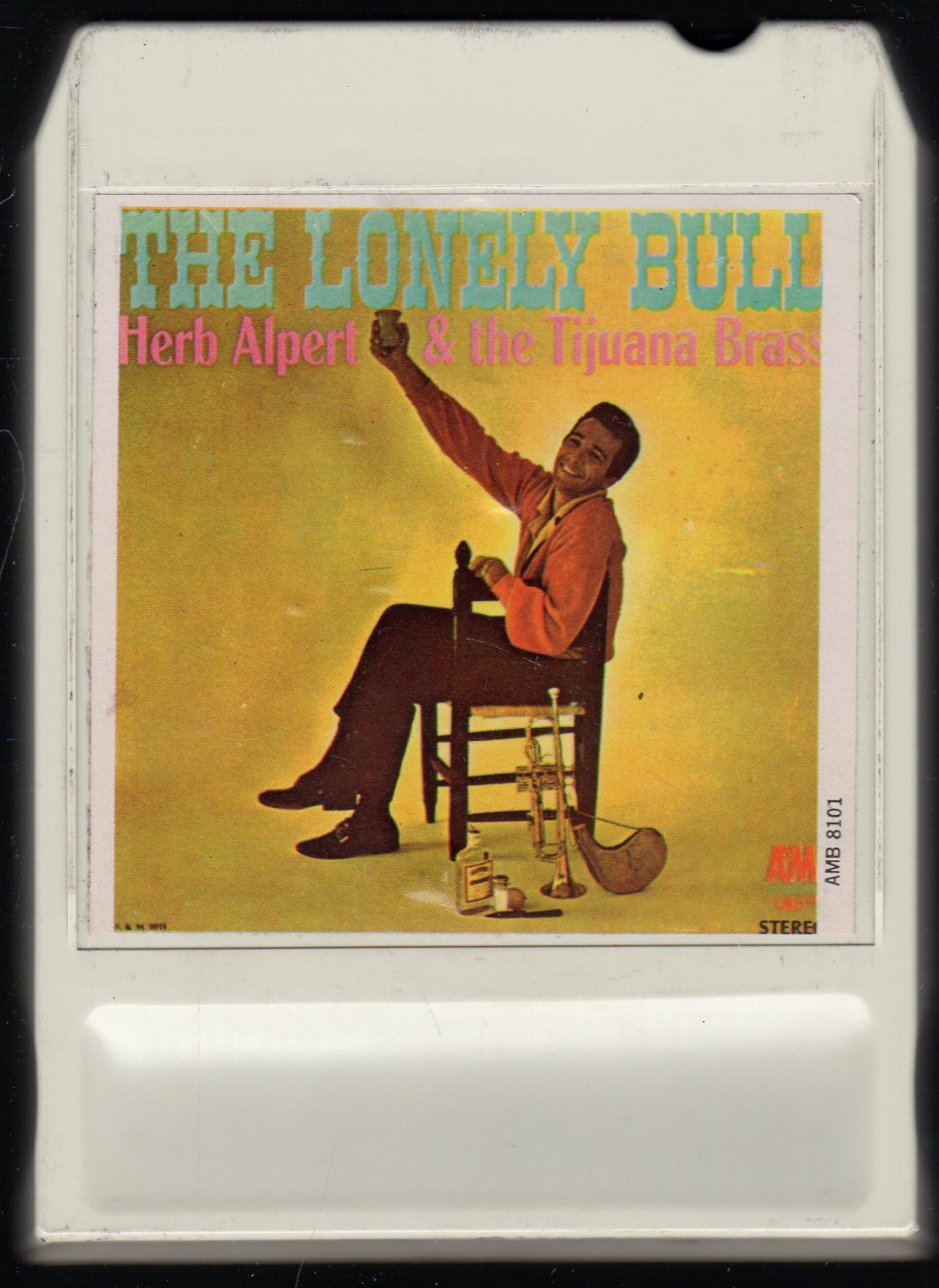 Tweet
The Lonely Bull, released in 1962, is the debut album from Herb Alpert & the Tijuana Brass, and was also the first album ever released by A&M Records - which was co-founded by Alpert and Jerry Moss.

Most of the tracks on the album were geared toward the TJB's Mariachi sound. There were also a few cover versions of popular songs, a trend which would grow in their next two albums, Volume 2 and South of the Border.

"Limbo Rock" covered a novelty dance song that had been a calypso-style hit by Chubby Checker. "Struttin' With Maria" was later used as the theme for a TV game show called Personality, hosted by Larry Blyden. The tune "Acapulco 1922" uses the old song "Oh, You Beautiful Doll" (by Seymour Brown and Nat D. Ayer, 1911) as a starting point, with a mariachi spin.

Herbert "Herb" Alpert (born March 31, 1935) is an American musician most associated with the group variously known as Herb Alpert & the Tijuana Brass, Herb Alpert's Tijuana Brass, or TJB. He is also a recording industry executive — he is the "A" of A&M Records (a recording label he and business partner Jerry Moss founded and eventually sold to Polygram). The multi-talented Alpert has also created abstract expressionist paintings and sculpture over two decades, which are on occasion publicly exhibited; and he and his wife are substantial US philanthropists through the operation of the Herb Alpert Foundation.

Alpert's musical accomplishments include five number one hits, 28 albums on the Billboard charts, eight Grammy Awards, fourteen Platinum albums and fifteen Gold albums. As of 1996, Alpert had sold 72 million albums worldwide. Alpert is the only recording artist to "hit" No. 1 on the U.S. Billboard Hot 100 pop chart as both an instrumentalist ("Rise", 1979) and vocalist ("This Guy's in Love With You", 1968).