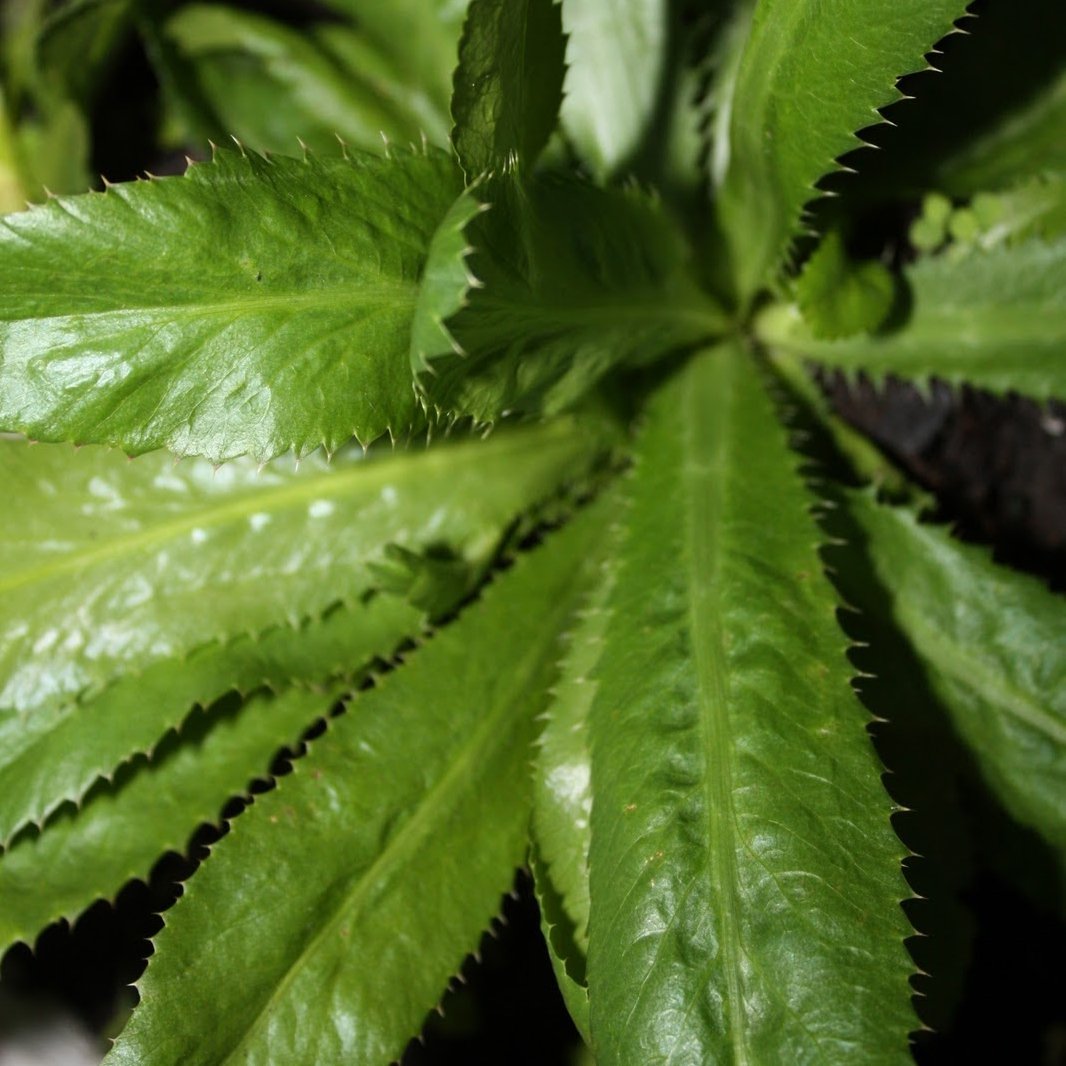 Culantro, also known as Thai Parsley, is the plant most similar to Cilantro in flavor and used by many South American countries as well as in Asia and the Caribbean even more frequently than Cilantro. Culantro (Eryngium Foetidum) is known as Recao in Puerto Rico, Long Coriander in Asia and Culantro in Mexico is known as Mexican Coriander.
Great in soups, beans, salsas and stews. Leaves can also be clipped and used fresh or frozen to keep their fresh flavor. Culantro is rich in iron, carotene, riboflavin and calcium with a strong, pungent flavor.