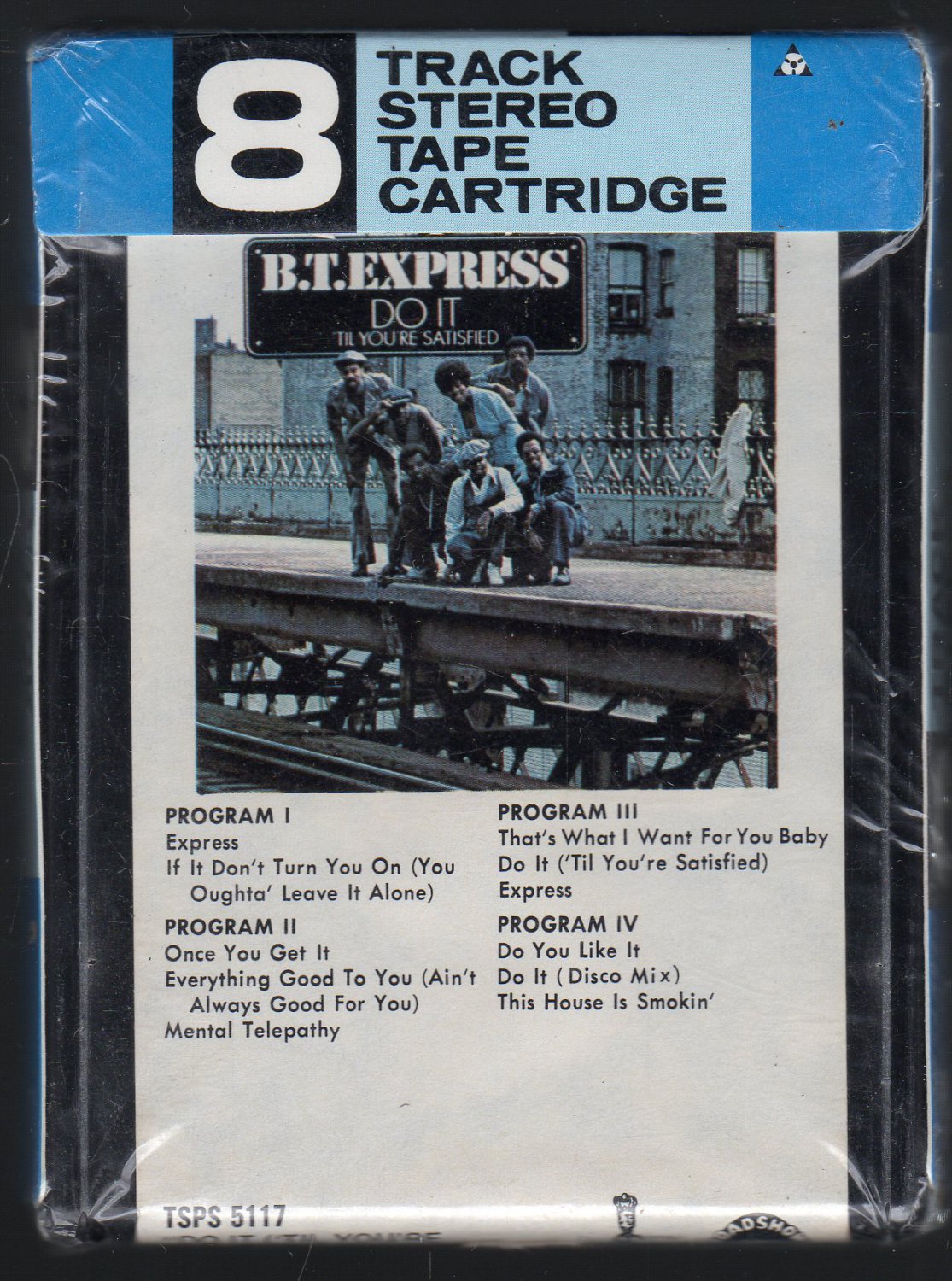 B.T. Express (originally named Brooklyn Trucking Express) was an American funk/disco group, that had a number of successful songs during the 1970s.

The group was part of the "Brooklyn sound" of the early 1970s, formed from three players of the group King Davis House Rockers. The House Rockers were a local dance band who had released a couple of obscure singles (1967's "We All Make Mistakes Sometimes" on Verve Records, 1972's "Rum Punch") The three players (guitarist Richard Thompson, tenor sax player Bill Risbrook, and alto sax player Carlos Ward) formed Madison Street Express along with bassist Louis Risbrook (later Muslim-monickered Jamal Rasool), percussionist Dennis Rowe, drummer Terrell Wood, and vocalist Barbara Wood. They along with producer Jeff Lane signed with production company Roadshow Records to record writer Billy Nichols "Do It ('Til You're Satisfied)." The record was shopped around to major labels until it was accepted at Scepter Records. Scepter suggested the group change its name from Madison Street Express, hence the Brooklyn Trucking Express. The single was released in August 1974, and reached the top 10. Lane took the group back into the studios at that point to record a second single and pitch a full album to the label. Scepter agreed to the LP and to Roadshow Records having its own label within Scepter Records.

The first two singles were hits, both number 1 R&B releases and both Top 5 pop singles in the US. The album hit number 1 on the R&B album chart and number 5 on the Pop album chart of the US. These recordings were also hits in the spreading disco culture, "Do It" peaking on club playlists before Billboard started a separate disco chart, but the follow-up single sat for five weeks at number 1. They were certified gold releases.

BT Express released an album per year through 1978. With the third album, Leslie Ming was brought in as drummer and keyboardist Michael Jones was added as keyboardist. Jamal, who had converted to the Muslim faith, gave Jones the name Kashif Saleem, which he used after departing the group, in 1979, to pursue producing ("Mighty M Productions" with Morrie Brown and Paul Laurence Jones) and solo recording ventures. That year songwriter Billy Nichols and drummer Leslie Ming also departed the group. In 1976 Scepter records was experiencing business difficulties that soon ended the company, and BT Express was given a distribution deal with Columbia Records, which, though it gave them greater exposure, resulted in less attention being paid to their production, since they had so many acts to concentrate on. The group did not achieve the level of radio or sales success on Columbia that they had on the more nurturing but by-then defunct Scepter. They stayed with Columbia for five years, with Lane producing through 1978, then Nichols producing their fifth album before he departed for solo work, and Morrie Brown producing the sixth LP and several follow-up tracks. The group switched labels to Coast To Coast Records for the 1982 LP, to Earthtone Records for a later 1982 single, and to manager King Davis' own label in 1985.