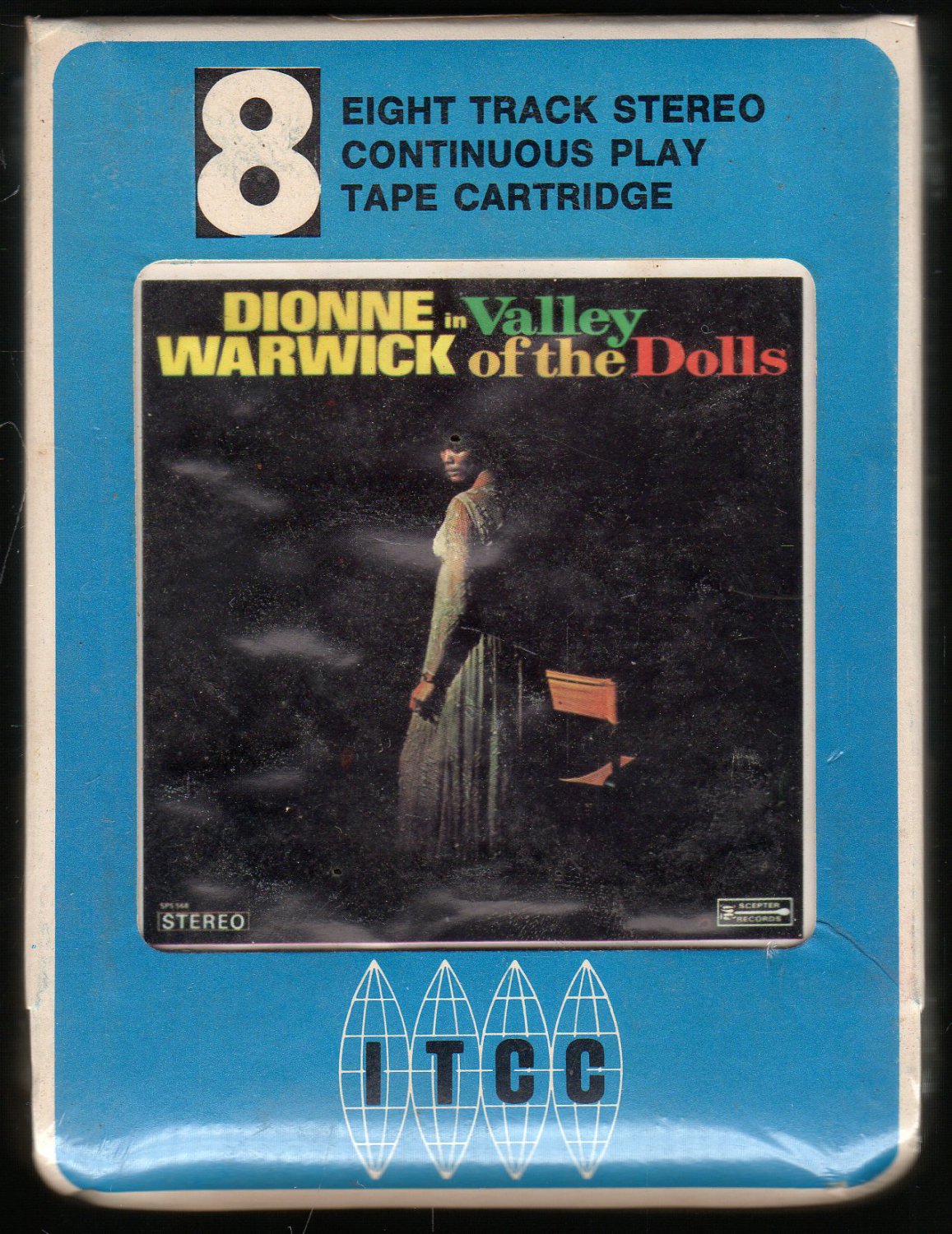 Tweet
Dionne Warwick in Valley of the Dolls is the title of Dionne Warwick's tenth album for the Scepter label. It was recorded during the summer and fall of 1967 and was released early the next year. It was recorded at A&R Sound Studios in New York and was produced by Burt Bacharach and Hal David.

The album's lead single was the title track, "(Theme from) Valley of the Dolls", from the film of the same name. The song was written by André Previn and Dory Previn, and had initially been intended for Judy Garland before she was fired from the film. At the urging of one of the film's stars, Barbara Parkins, the song was given to Warwick. Warwick's Scepter version of the song, however, differed from the John Williams version included in the film. This was because Warwick was signed to Scepter, and the soundtrack was released on 20th Century Records.

Warwick was only permitted to appear on the film's actual soundtrack and not the recording. The single peaked at #2 on the Billboard Hot 100 for four weeks in February 1968 and peaked at #2 on the Cash Box and #1 on the Record World charts as well. The LP was issued as number 568 in the Scepter Catalog. The cover art for this LP features Warwick on a black background, in an evening gown next to a studio chair.

The LP would then yield Warwick's next big hit and first Grammy Award winner, "Do You Know the Way to San Jose". The song, (which Warwick didn't initially like, according to Robin Platts in the book, Burt Bacharach & Hal David]) would peak at #10 on the Billboard Hot 100 and become one of Warwick's signature songs. Other notable songs on the LP were "Silent Voices" (which under its original Italian title, "La Voce Del Silenzio", had been Warwick's entry into the 1968 San Remo Song Festival), "Walking Backwards Down the Road", "Up, Up, and Away", and "You're My World" — another Italian song (written by Umberto Bindi, famous Genoa's songwriter) the latter having been a British hit for Cilla Black. The album became an RIAA-certified gold record and peaked at #6 on the Billboard Pop Albums chart; it would remain on the charts for over a year.

Because this tape is vintage sealed new and we cannot inspect for play-ability, please be aware we offer no warranty or guarantees on how well this tape will perform once it is opened and removed from the cellophane package. Because this sealed new 8-track tape is very old, the foam pad and glue on the foil splice most often has a tendency to deteriorate over many years of time. Always inspect and replace if necessary those items before playing any sealed new 8-track tape, or damage to the tape and player may occur.