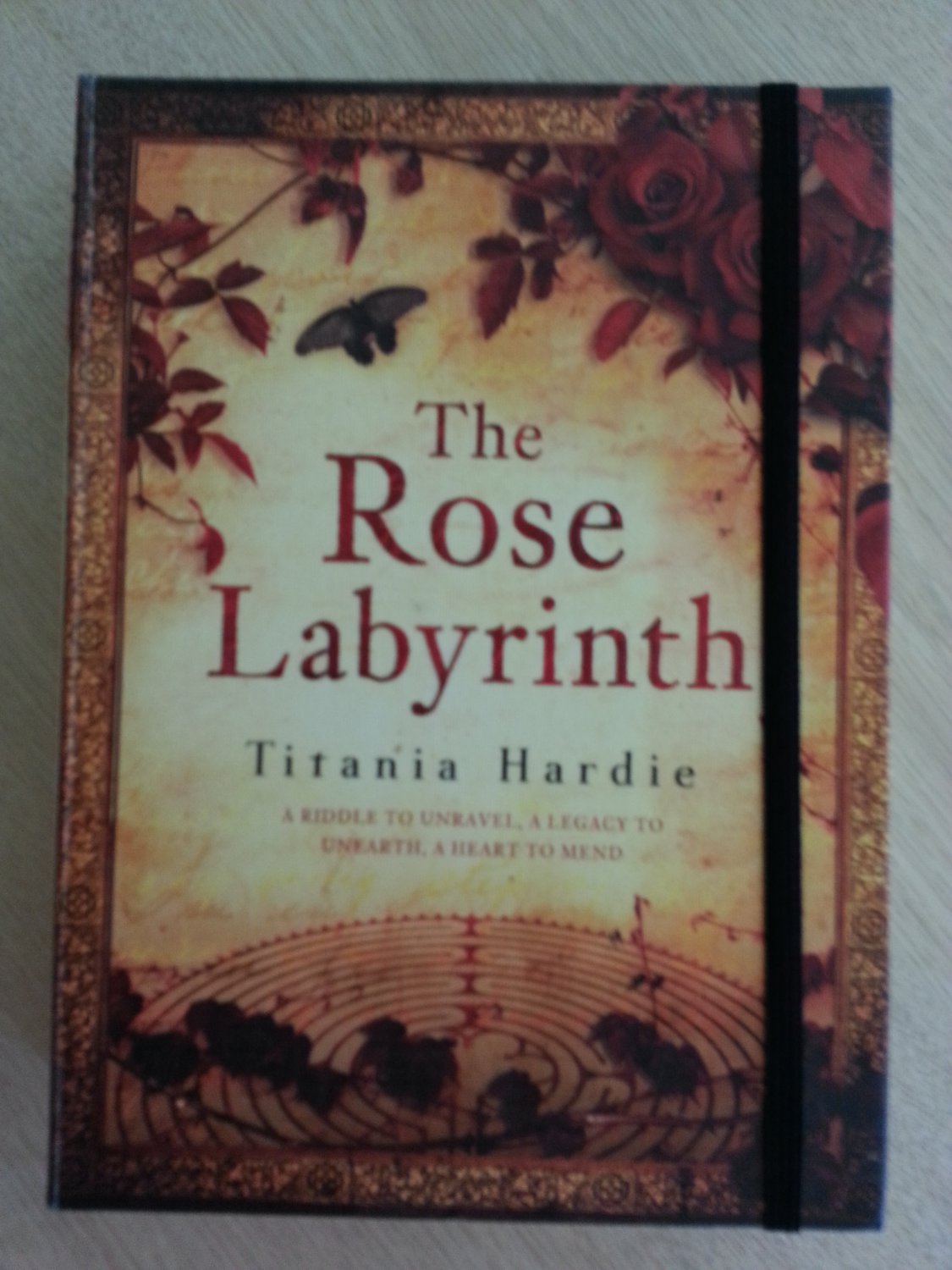 Tweet
This is a The Rose Labyrinth Book Set by Titania Hardie!

From bestselling British author Titania Hardie comes a mystical fiction debut that takes readers on a romantic journey from Elizabethan England to modern-day London where a centuries-old secret awaits.

Before his death in 1609, Queen Elizabeth's spiritual consultant, astrologer, and scientific advisor John Dee hid many of his most astonishing written works, believing that the world was not yet prepared to face the shocking truths that they revealed. For seventeen generations, his female descendants have carefully guarded the secret of his hiding place, waiting for the right moment to bring Dee's ideas to light. That time is now.

In The Rose Labyrinth, Titania Hardie masterfully blends historical fact and fiction as she introduces readers to Lucy King, a beautiful, young documentary producer based in London. With the help of a brilliant group of friends, Lucy races through London, France, and New York to decipher the clues that will eventually lead her to the hidden treasure of the Rose Labyrinth. Along the way she finds true love with Alex Stafford, the doctor who saw her through a life-threatening heart condition and transplant.

A sweeping adventure for readers who loved The Da Vinci Code and The Expected One, The Rose Labyrinth is a decadent, romantic novel with a historical twist. It features a wonderful mix of literary references, from Shakespeare, to the Romantic poets, to Gabriel Garcia Marquez; the folklore and history of Islam, Christianity, Judaism, and Paganism; and of course, astrology and numerology, of which Hardie is an expert. As the Rose Labyrinth tells us, the world we think we know is not all that it appears to be.

When Lucy King receives a heart transplant, she gets more than a new ticker—she gets the memories, friends and quest of donor Will Stafford, descendant of Queen Elizabeth's spiritual adviser, John Dee. Soon, Lucy's on the trail of a secret protected by generations of Dee's heirs. Unfortunately, ruthless fundamentalists pursue, convinced that Dee's secret holds the key to the Rapture. A softer, semifeminist riff on The Da Vinci Code, Hardie's debut is richly woven, drawing on sources ranging from Elizabethan mysticism to computer games; the intricacy of the quest will pull readers in, but the story loses steam before coasting to a disappointing end. Hardie falls victim to some of the same pitfalls as Brown, letting interesting background material devolve into dry recitation and fact-combing. Further, her characters are almost all kindly, whip-smart do-gooders or swaggering bad guys, and Hardie is reticent to put her heroes in real danger (lest it interfere with their research). She blurs the lines between faith and reason cleverly, but her labyrinth of exposition will probably wear out readers before they find the exit.