Indian Woman with Papoose Original Painting by A.E. Ingram circa 1964 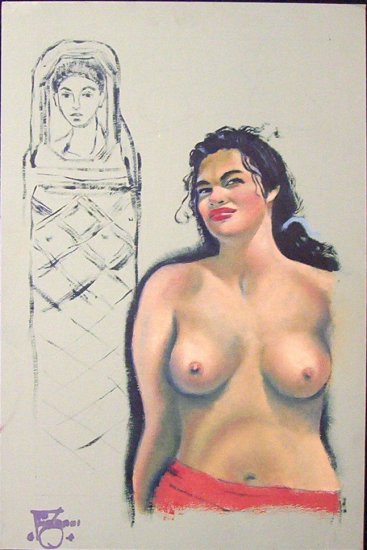 This spectacular piece is done in Oils on a bristol board. It is 10" x 15" and is a clear window of how the artist saw the first nation (women) and the respect and knowledge that he possessed of their spirit. This piece gives us more than the history books or scribes ever could, in that it shows the very spirit of this beautiful Indian maiden.