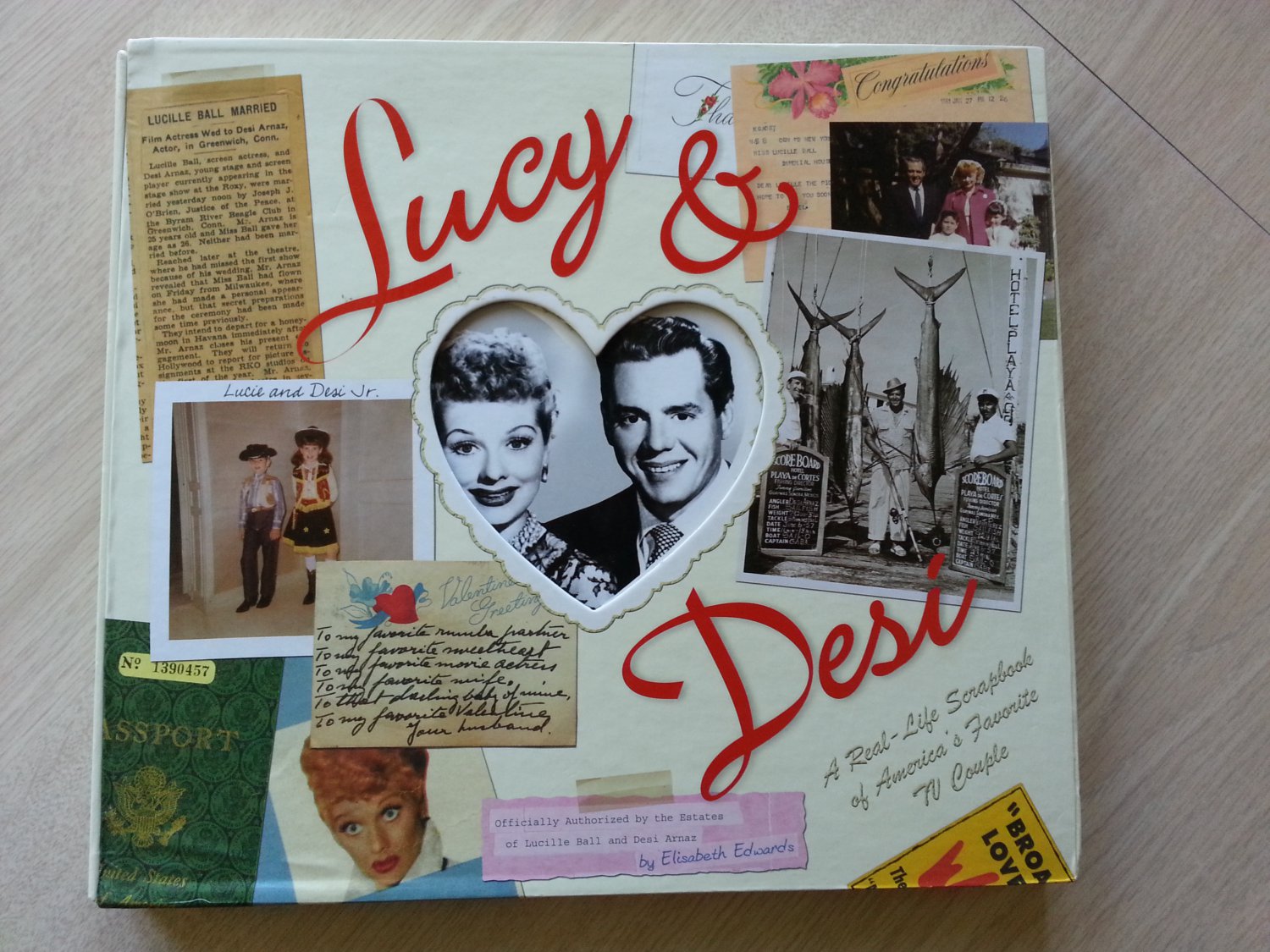 Tweet
This is a Lucy & Desi: The Real Life Scrapbook of America's Favorite TV Couple Hardcover - 2004!

During their marriage, Lucille Ball and Desi Arnaz filled over 100 scrapbooks with all manner of memorabilia. Now fans can take a rare peek at the details of the famous TV couple’s lives with this fantastic replica composite. Lucy & Desi, our exclusive, real-life scrapbook of the couple’s lives, contains 25 interactive, three-dimensional paper-engineered replicas of actual items—from Desi’s report card to important telegrams—which have never been published before. Vintage snapshots of happy family moments, touching love letters, passports, and other precious minutiae, with more than 150 photographs, both black-and-white and color, fill this wonderful, engrossing look back at the golden years of television comedy, when Lucy and Desi charmed America with humor and song. This official scrapbook is a must-have for the millions of devoted fans.

When they died, entertaining legends Desi Arnaz and Lucille Ball left behind more than 100 scrapbooks filled with letters, notes, cards, telegrams, photos and other mementos. Much of that material contributed to a documentary and CD-ROM on the couple, and some of it made it into this kitschy collection. It's right up a trivia buff's alley, whether she fancies the personal (a speeding ticket Lucy got in 1940; the couple's marriage certificate from the same year) or the professional (a clipping from Life magazine's October 6, 1958, issue exclaiming "Arnaz and Ball Take Over As Tycoons" when the duo bought RKO-PathéStudios). The reproduced images have an aged look (newspaper articles are yellowed and sometimes marked with the remnants of Scotch tape), but the inclusion of numerous pull-out facsimile artifacts are what make the book unique. A small card tucked into a slot on one page announces the March 29, 1953, christening of son Desiderio Alberto; a pamphlet illustrates how to do La Conga, the "latest dance creation as done by Diosa Costello & Desi Arnaz"; and a 1989 note from Clint Eastwood to Lucy's second husband, Gary Morton, expresses the star's sympathy after Lucy's death. It's a welcoming, intimate and mostly upbeat tribute, and Edwards's decision to portray everything in Lucy and Desi's own words adds to the personal feel.