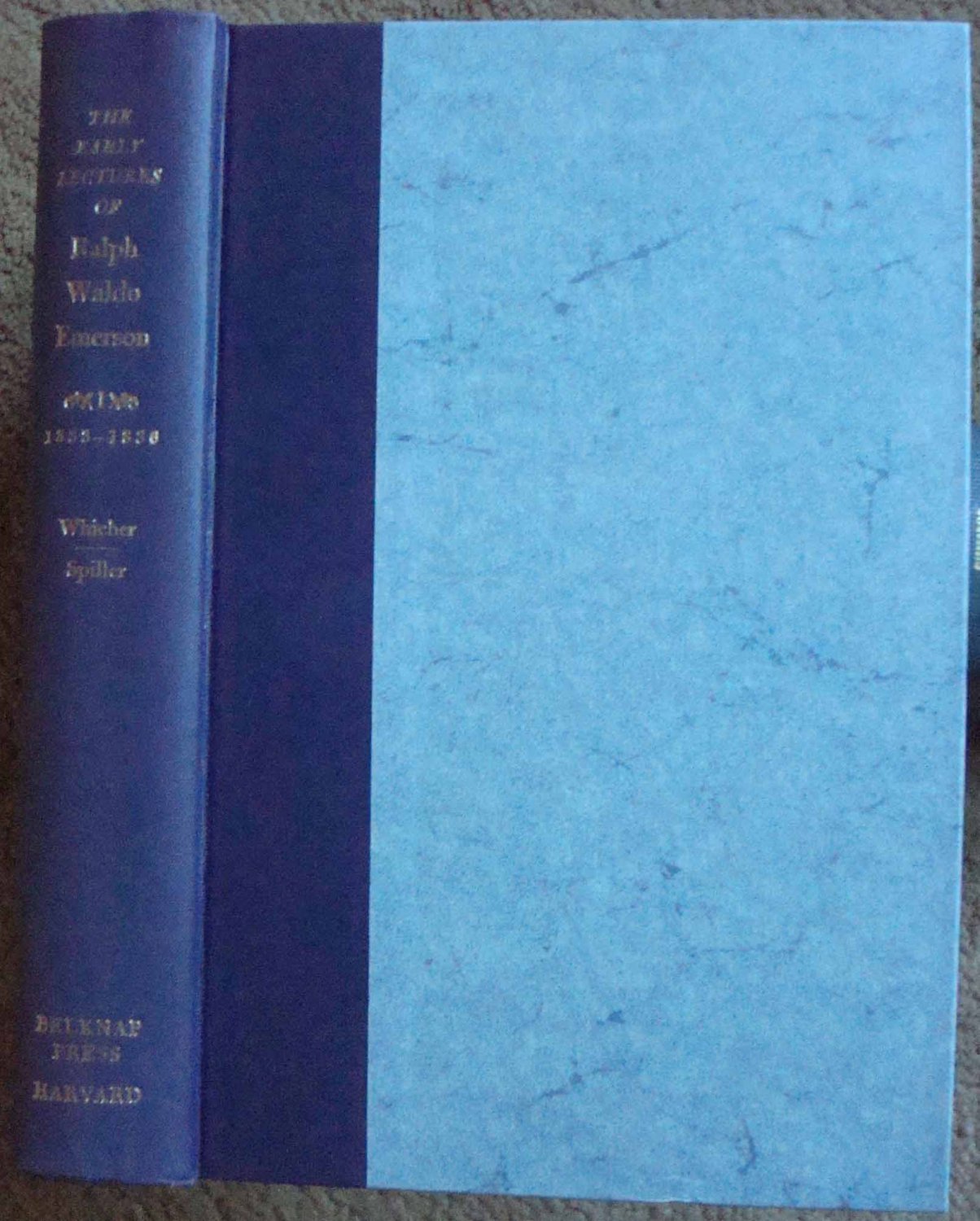 Contents: Famous first as a lecturer, Emerson molded his books on the rostrum. Yet, relatively few of his hundreds of lectures have ever been published. Now, in a projected series of three volumes of which this is the first, the complete surviving lectures of Emerson's earlier 'ears are made available. In a readable and critical text, these volumes will establish an important step in Emerson's creative process - that which lies between the notes jotted down in the journals and the finished text of the essays as prepared for print.

The lectures, more sustained and organized than the journals and fresher and more direct than the essays, represent the vital missing middle panel in the total picture of Emerson's literary achievement. It is in the early lectures, fruits of those vigorous and formative years, that we find the first ordering of his journal thoughts. To see his mind at its most sustained activity in these crucial few years when he was first exploring his own proper world of thought and growing with a sense of "power and hope," we need above all to have the complete, original texts of the lectures.

For the years covered by this volume, all passages later published elsewhere by Emerson and others are included together with much new material. The lectures are the immediate source of much in his essays, whose composition cannot be understood without them. As important in their own right as either journals or essays, the lectures also have a coordinate interest and should be studied with the other two forms of his writing.

This volume contains among others the lectures on Science, Biography, and English Literature. The editors have supplied extensive textual and informational notes, invaluable for an intelligent reading of material originally intended for oral communication.
... [Full Description]