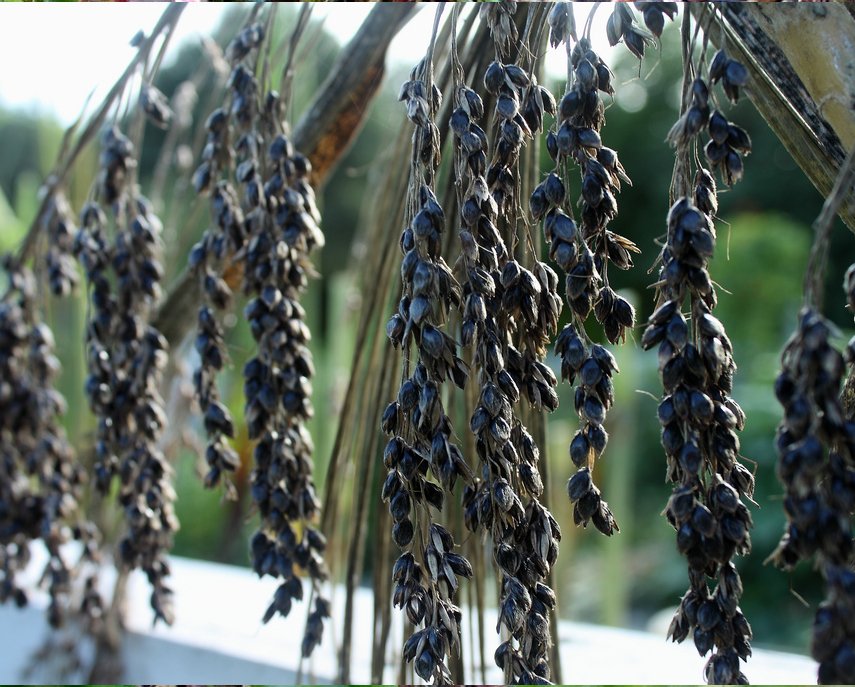 This heirloom variety comes from the Central Texas area. 'Black Amber Molasses' sorghum, also known as black broom-corn, has been historically used for silage and as flour, cereal grain, sweetener and for making molasses during an all-night boil where the juice is pressed from the stalks and reduced down in a large pot over a fire until it becomes a rich dark syrup rich dark syrup. Sorghum is often used as a gluten free alternative in bread or beer.

It is also attractive and a great sorghum for ornamental crafts and centerpieces. Grain sorghum is a grass derivative similar to corn.
As its name suggests, the seeds are actually amber colored. The shiny black color develops in the hulls that cover the seeds. During the threshing process, nearly all of the seeds retain the shiny black seed coat.
The plants grow eight to twelve feet in height at maturity developing beautiful, rich, shiny, black-coated seeds. The seed heads are compact with most being eight to twelve inches in length. The grains are edible at any stage of development. When young, the grains are milky and edible raw. Boil the older grains. Sorghum is a nutritious food. Nutrients: iron, phosphorus and potassium.
... [Full Description]