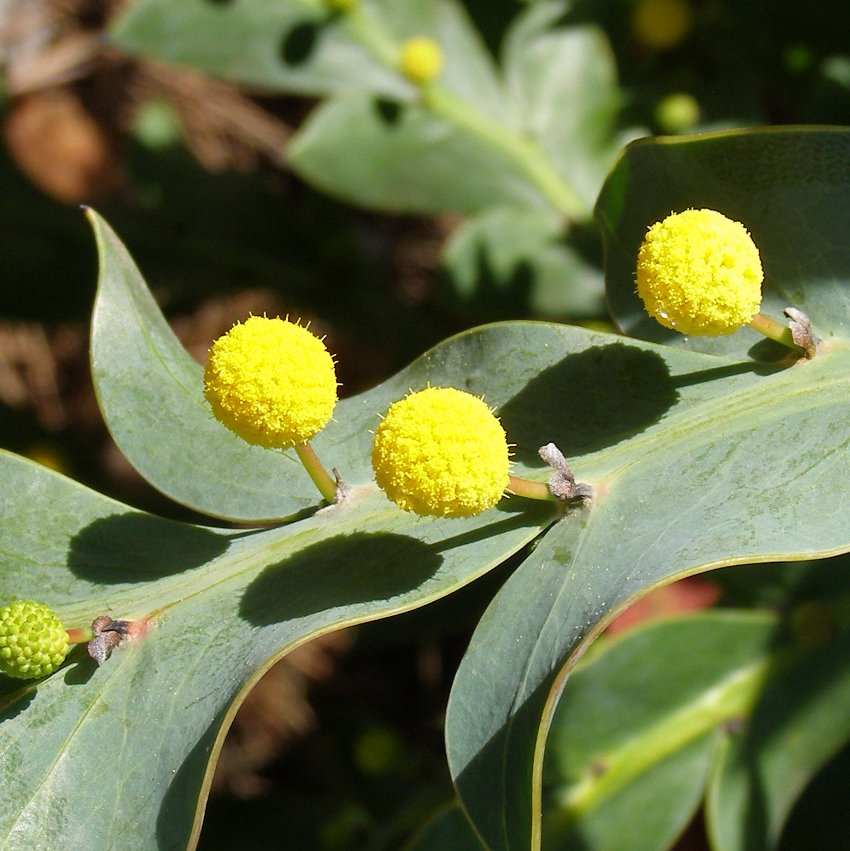 This very rare ornamental species known as the Clay Wattle or Flat Wattle and can be found in coastal regions of Australia and grows 3-4' feet tall and 3-5’ feet wide.
It is a very distinctive species with broad wing-like foliage, which technically are cladodes that act and behave as leaves. These wings are most ornamental especially the new growth that varies in color from maroon to scarlet, whilst the more mature foliage is a pale blue/grey (glaucous) color. The flowers and the highly twisted seedpods are supported on long peduncles (stalks) that are held at 90 degrees to the foliage.
Flowering is recorded from August to December, but Acacia glaucoptera is highly opportunistic by rapidly producing blossom after good rainfall, so finding fresh flowers and mature pods on the same plant is not unusual.
Prefers the heavier well-drained, non-calcareous sandy loams, overlying limestone, rock, gravel or clay. Zones 5-9.
... [Full Description]