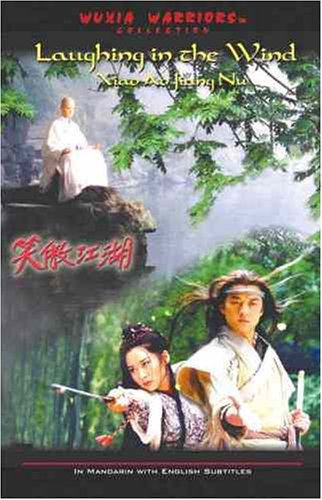 More magical than House of Flying Daggers or Crouching Tiger, Hidden Dragon; LAUGHING IN THE WIND is an epic tale featuring breathtaking landscapes and costumes, fight choreography set in a martial arts wonderland of warriors and lovers. LAUGHING IN THE WIND is among the most popular programs to ever appear on Chinese television. The first set of 40 episodes to be released in four 2-disc Collectors Editions, this DVD introduces the viewer to the treacherous world of martial arts where Ling experiences danger, lies and betrayal and gains many allies. After a series of conspiracies, struggles and adventures, he finally finds Ying, the rebellious daughter of the head of the Secret Party. Together they walk away from the whirlwind of fame and power to leave the world of human folly behind them.