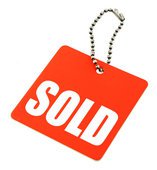 Neil Armstrong became the first man to set foot on the moon when he descended the LEM ladder and uttered the now historic phrase, "One small step for a man, one giant leap for mankind.

"This stamp was designed by artists Paul and Chris Calle.