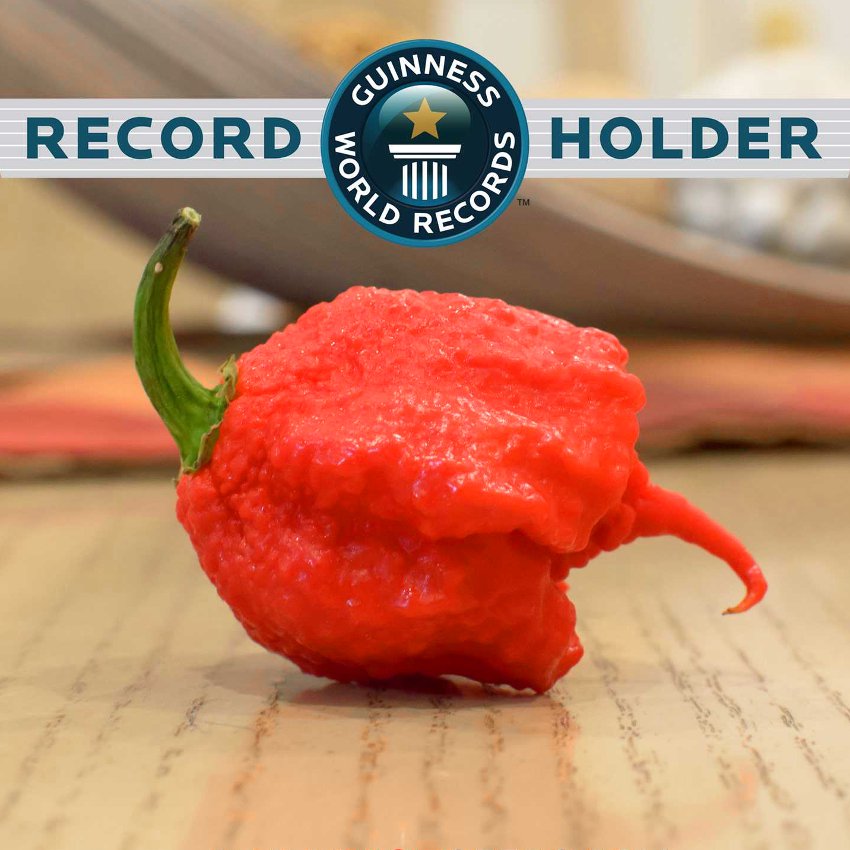 This is it. The big one. The grand emperor of spicy peppers.
The Carolina Reaper is a cultivar of chili pepper of the Capsicum chinense species, originally named the "HP22BNH", bred by Ed Currie from South Carolina, United States.
The Carolina Reaper claimed its crown in November of 2013 as the spiciest pepper of all time, blowing the Moruga Scorpionā€™s measly 2 million SHU away by over 200,000 units. And itā€™s one nasty-looking pepper, fully equipped with the texture and scorpion tail of the Trinidadian heavyweights, though it lacks the natural heritage of the Moruga Scorpion.
Fans recommend adding a small amount to any dish for an explosion of flavor, as well as the endorphin rush that accompanies the consumption of something that spicy.

*Extremely HOT. Extreme caution should be used. Use rubber gloves to handle seeds, plants and fruits. Keep out of reach of children and pets!
... [Full Description]