THE HISTORY OF THE DECLINE AND FALL OF THE ROMAN EMPIRE (VOLS 1 - 4, BOXED SET) by Edward Gibbon! 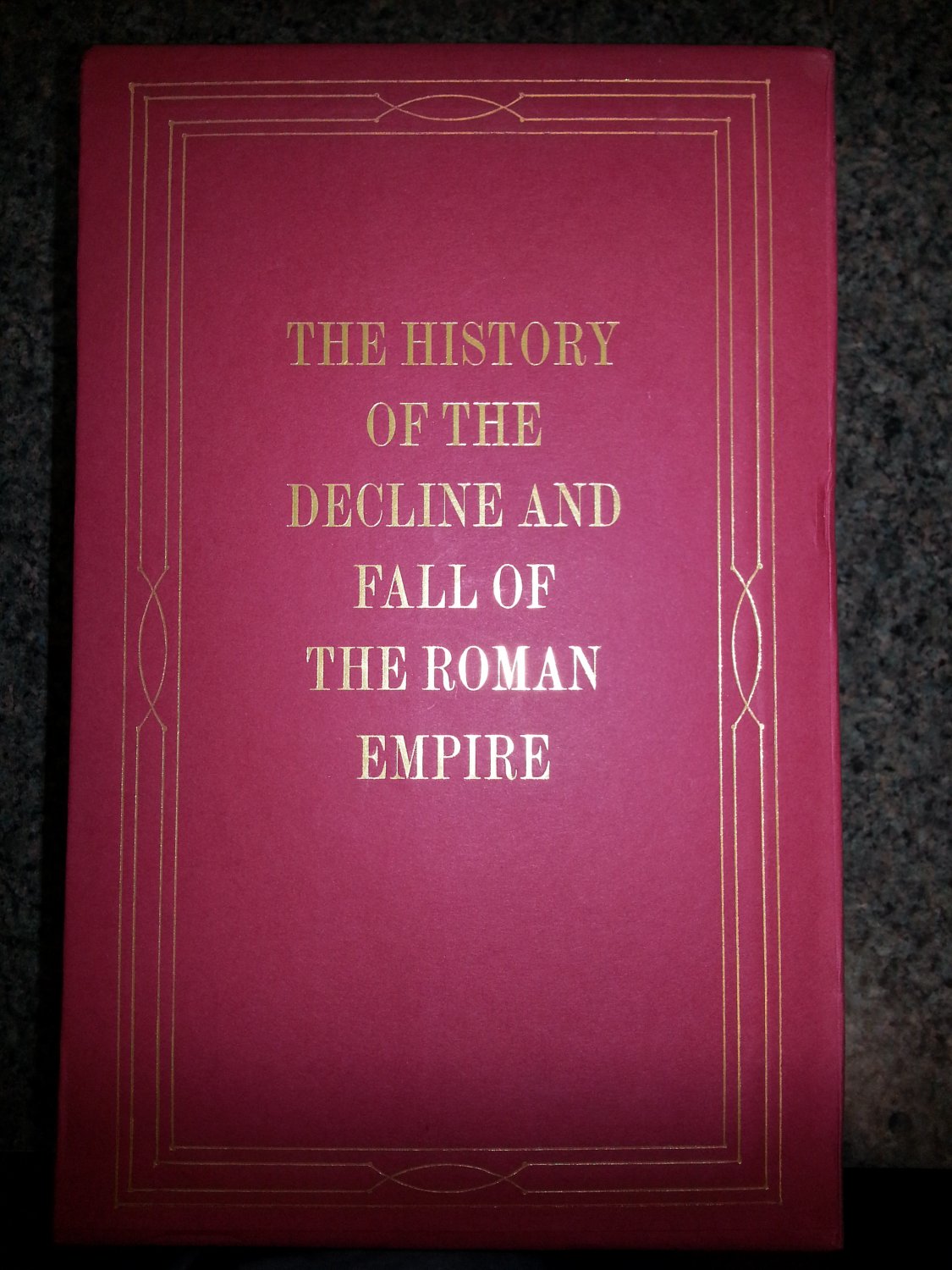 Tweet
This is a THE HISTORY OF THE DECLINE AND FALL OF THE ROMAN EMPIRE (VOLS 1 - 4, BOXED SET) Hardcover by Edward Gibbon!

There is a dent on the outer box. This is a very heavy set.

Edward Gibbon’s masterpiece has never been surpassed for scholarship or elegant prose, remaining an everlasting historical classic. The spread of Christianity; the Barbarian invasions; the various sacks of Rome by Goths, Huns and Vandals; the Crusades; the conquests of Genghis Khan and Tamerlane; the rise of Islam ...

From the Antonine Emperors to the fall of Constantinople in 1453, The Decline and Fall of the Roman Empire ranges over thirteen centuries with flair and wit. A spectacular cast includes Attila the Hun, the Prophet Muhammad, the Holy Roman Emperor Charlemagne and the Byzantine Emperor Justinian, who re-conquered North Africa and Italy with the aid of his illustrious general, Belisarius. A perennial favourite, and the blueprint for any study of history.

Volume I: The Turn of the Tide
Volume II: Constantine and the Christian Empire
Volume III: The Revival and Collapse of Paganism
Volume IV: The End of the Western Empire
... [Full Description]