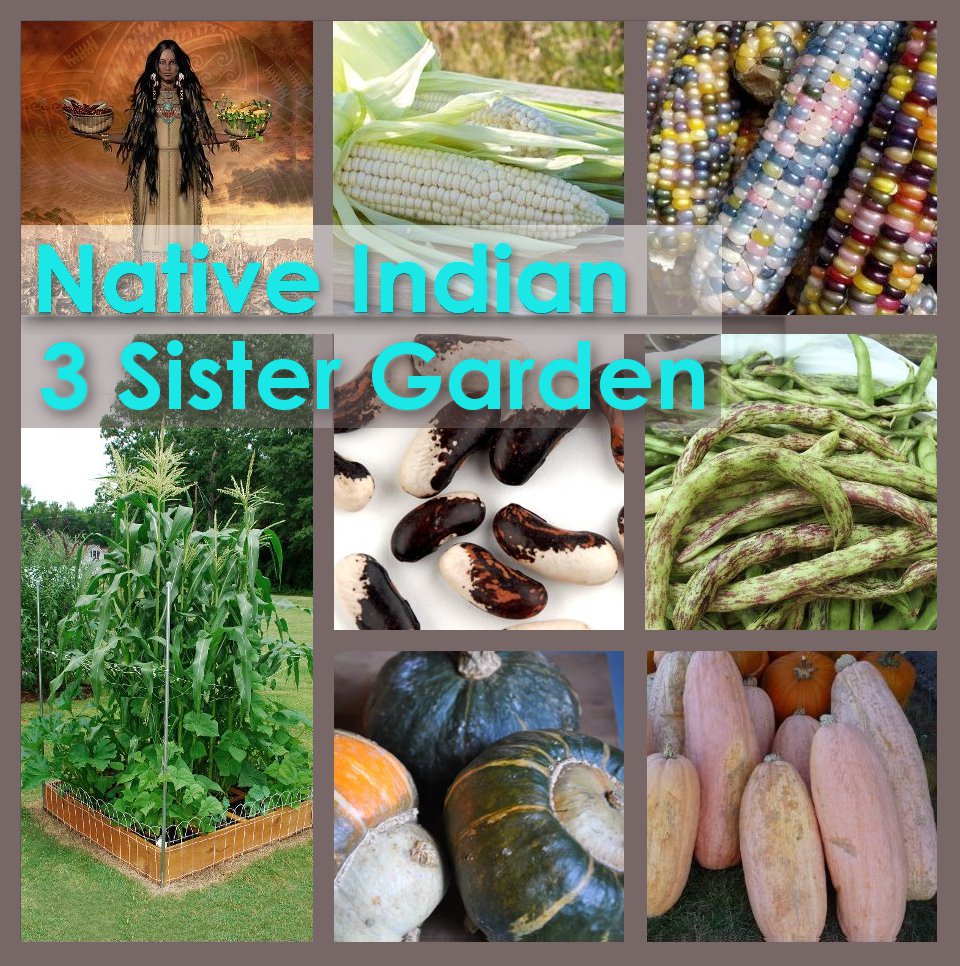 Tweet
A Three Sisters Garden is an ancient native American method of gardening using an intercropping system which grows corn, beans, and squash crops simultaneously in the same growing area that is typically a rounded mound of soil, often called a hill.
*Corn is the oldest sister. She stands tall in the center.
*Squash is the next sister. She grows over the mound, protecting her sisters from weeds and shades the soil from the sun with her leaves, keeping it cool and moist.
*Beans are the third sister. She climbs through squash and then up corn to bind all together as she reaches for the sun. Beans help keep the soil fertile by converting the sun's energy into nitrogen filled nodules that grow on its roots. As beans grow they use the stored nitrogen as food.
This type of garden is perfect for small gardens or beginner gardeners or anyone that would value this old Native American Indian heritage.