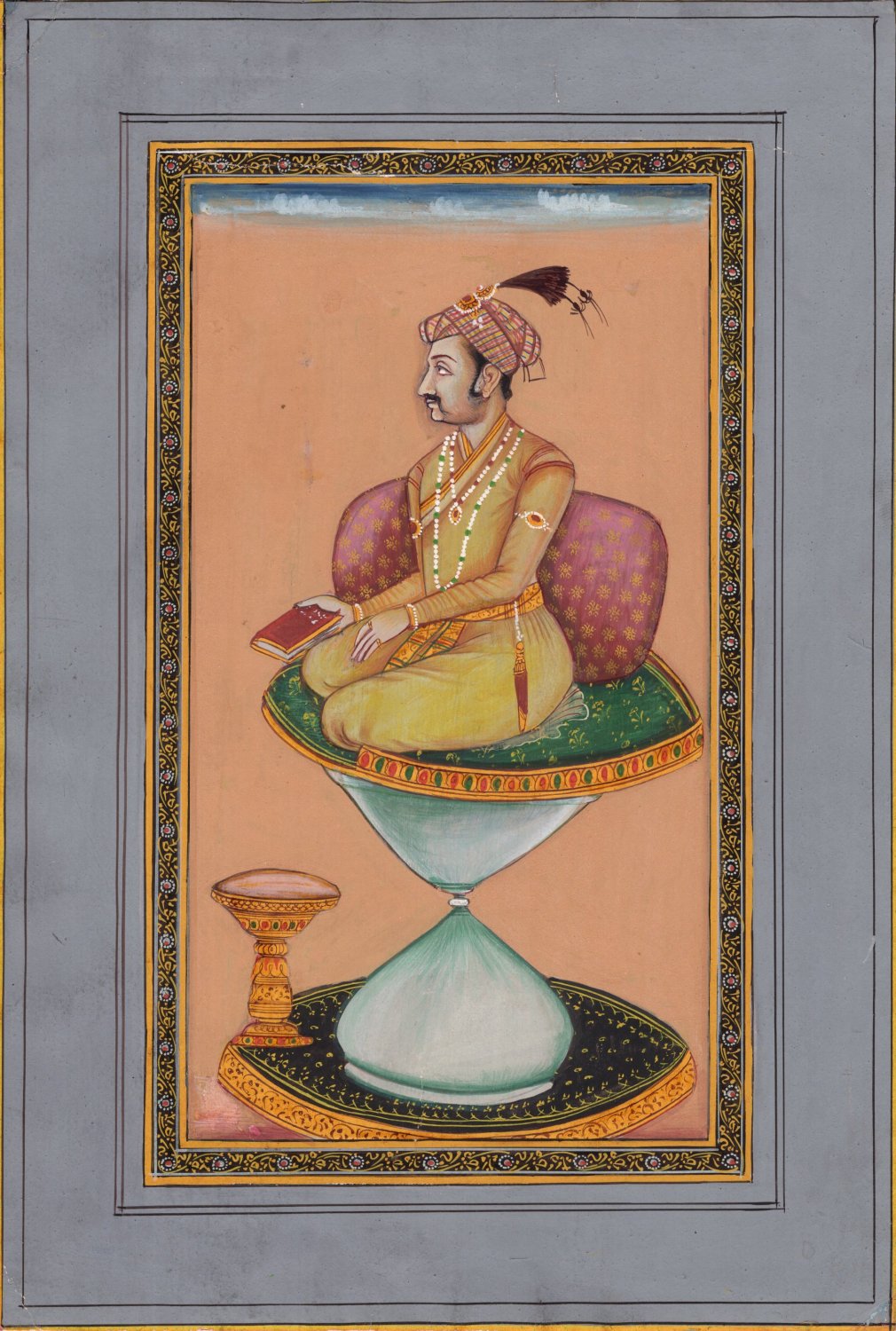 Presenting a superb hand-made Mughal miniature painting of emperor Jahangir. He is seated on an hourglass throne, the implication of which was that he would survive the passage of time and live a thousand years.

Jahangir (30 August 1569 – 7 November 1627), was the fourth Mughal Emperor who ruled from 1605 until his death in 1627. He is considered to be one of the greatest Indian Emperors and the fourth of the Grand Mughals in Indian historiography. Much romance has gathered around his name, and the tale of his illicit relationship with the Mughal courtesan, Anarkali, has been widely adapted into the literature, art and cinema of India.

The art of the 17th century Indian Mughal king is ready to frame and will adorn any decor. The details in the painting are beautiful and painstakingly accomplished.

An exquisite portrait Mughal art unlike any other--just for you. Don't miss out on this exclusive artwork. Buy it today.