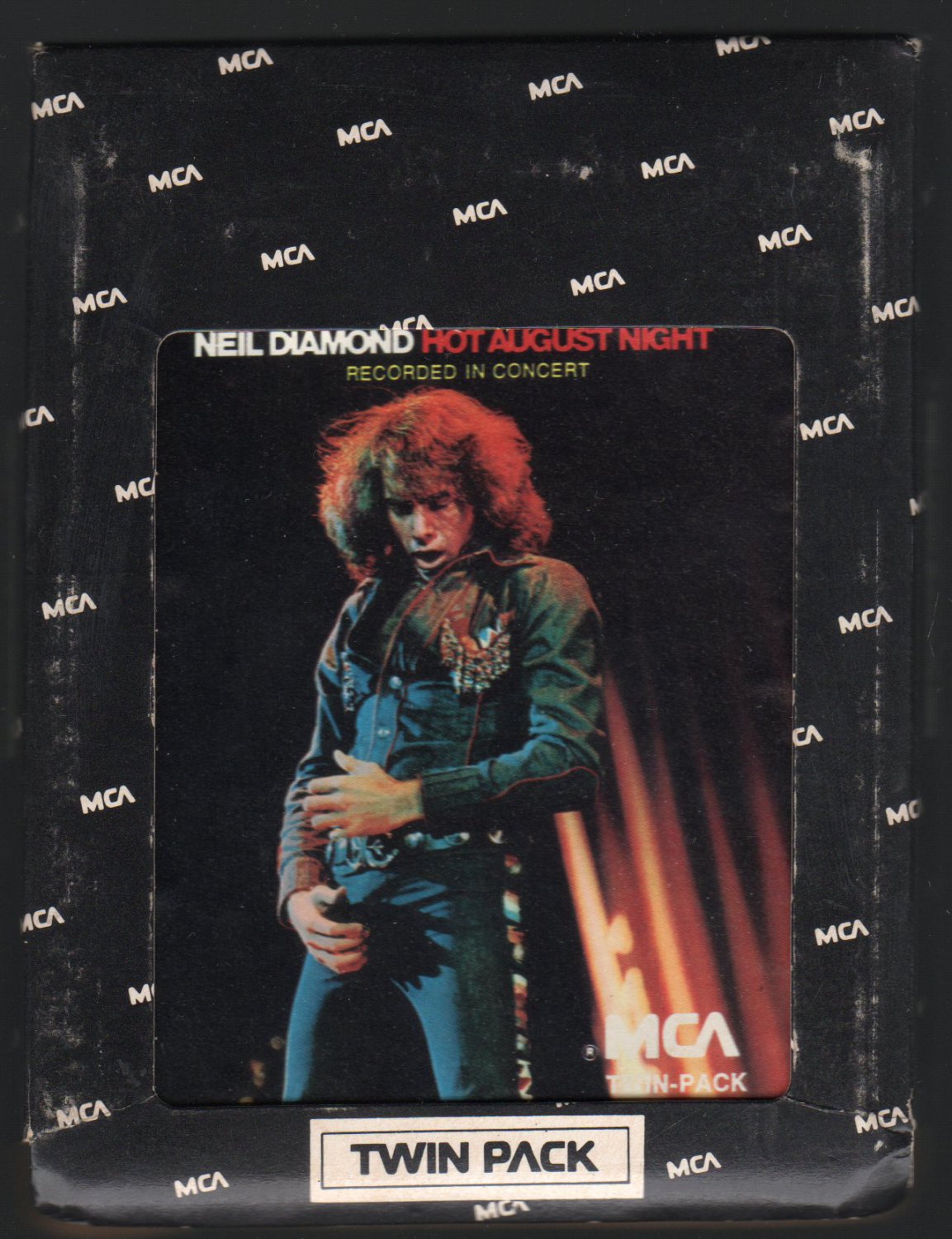 Tweet
Hot August Night is a 1972 live double album by Neil Diamond. ("Hot August night" is also the opening lyric to Diamond's 1969 single "Brother Love's Travelling Salvation Show".) The album is a recording of a Diamond concert on August 24, 1972, one of ten sold out concerts that Diamond performed that month at The Greek Theatre in Los Angeles.

This album, and its predecessor album Moods, are generally acknowledged to be the two most important recording projects of Diamond's career in terms of defining his signature sound, and in the case of Hot August Night his live performance style, for the future.

Neil Leslie Diamond (born on January 24, 1941) is an American singer-songwriter. As a successful pop music performer, Diamond scored a number of hits worldwide in the 1960s, 1970s, and 1980s. According to David Wild, common themes in Diamond's songs are "a deep sense of isolation and an equal desire for connection. A yearning for home – and at the same time, the allure of greater freedom. The good, the bad and the ugly about a crazy little thing called love."

As of 2001 Diamond has 115 million records sold worldwide, including 48 million records in the U.S. In terms of Billboard chart success, he is the third most successful Adult Contemporary artist ever, ranking behind only Barbra Streisand and Elton John.

Though his record sales declined somewhat after the 1980s, Diamond continues to tour successfully, and maintains a very loyal following. Diamond's songs have been recorded by a vast array of performers from many different musical genres.

Diamond was inducted into the Songwriters Hall of Fame in 1984, and in 2000 received the Sammy Cahn Lifetime Achievement Award.