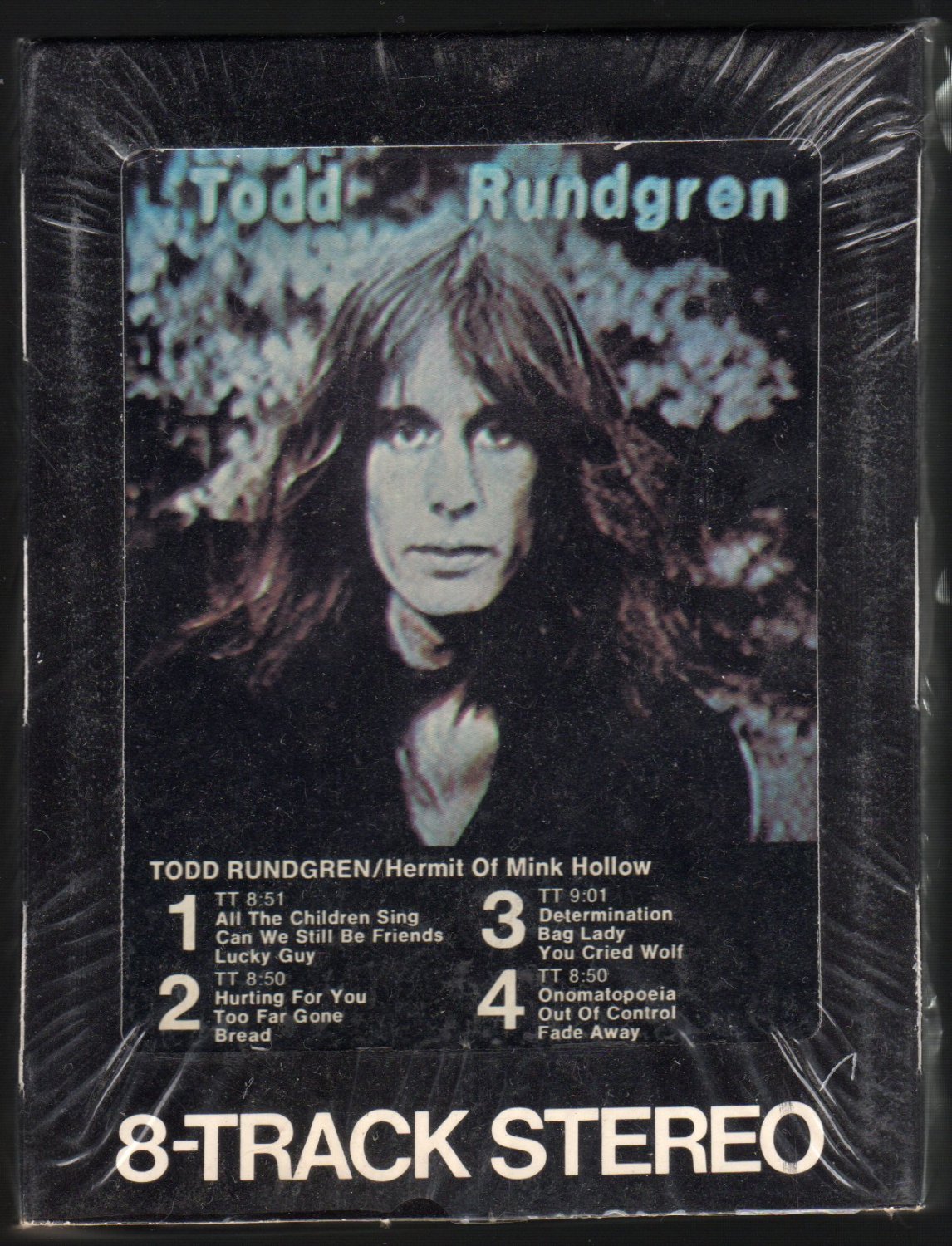 Tweet
Hermit of Mink Hollow is Todd Rundgren's eighth solo album, released in 1978. It was his first album to be written and recorded entirely by Rundgren alone, though large portions of earlier albums also had been recorded alone (such as the first three sides of the double=LP Something/Anything.

The album is reminiscent of the artist's earlier, more pop-oriented records and marks a lyrical return to the subject of relationships (as in the single "Can We Still Be Friends"), as well as his views on social inequality (as in the songs "Bag Lady" and "Bread"). It remains one of his most popular albums.

Mink Hollow refers to a valley, and the road that runs through it, in Lake Hill, New York just west of Woodstock, NY. Rundgren recorded this album while living in a house on Mink Hollow Road. While many think that the hermit referred to in the title is Todd, it actually originated and refers to the character and events from a local legend centered on Mink Hill Road in Lake Hill, NY. The legend involved a 3-legged dog, a missing girl and an escaped mental patient hiding in the surrounding forested mountains. Yet, Rundgren himself acknowledged being a "studio hermit", working in an "insular little 24-hour-a-day think tank", and declared that prior to this experience he wasn't aware that "too much social interaction [had] affected [his] overall creativity."

Todd Harry Rundgren (born June 22, 1948) is an American multi-instrumentalist, songwriter and record producer. Hailed in the early stage of his career as a new pop star, supported by the certified gold solo double LP Something/Anything? in 1972, his career has produced a diverse range of recordings, both as a solo artist and as a member of the band Utopia. He has also been prolific as a producer and engineer on the recorded work of other musicians.

During the 1970s and 1980s, Rundgren engineered and/or produced many notable albums for other acts, including Straight Up by Badfinger, Stage Fright by The Band, We're an American Band by Grand Funk Railroad, Bat Out of Hell by Meat Loaf, New York Dolls by New York Dolls, and Skylarking by XTC. In the 1980s and 1990s his interest in video and computers led to his "Time Heals" being the eighth video played on MTV, and "Change Myself" was animated by Rundgren on commercially available Amiga computers.

His best-known songs include "Hello It's Me" and "I Saw the Light", which have heavy rotation on classic rock radio stations, and "Bang the Drum All Day", which is featured in many sports arenas, commercials, and movie trailers. Although lesser known, "Couldn't I Just Tell You" has had a major influence on artists in the power pop musical genre.