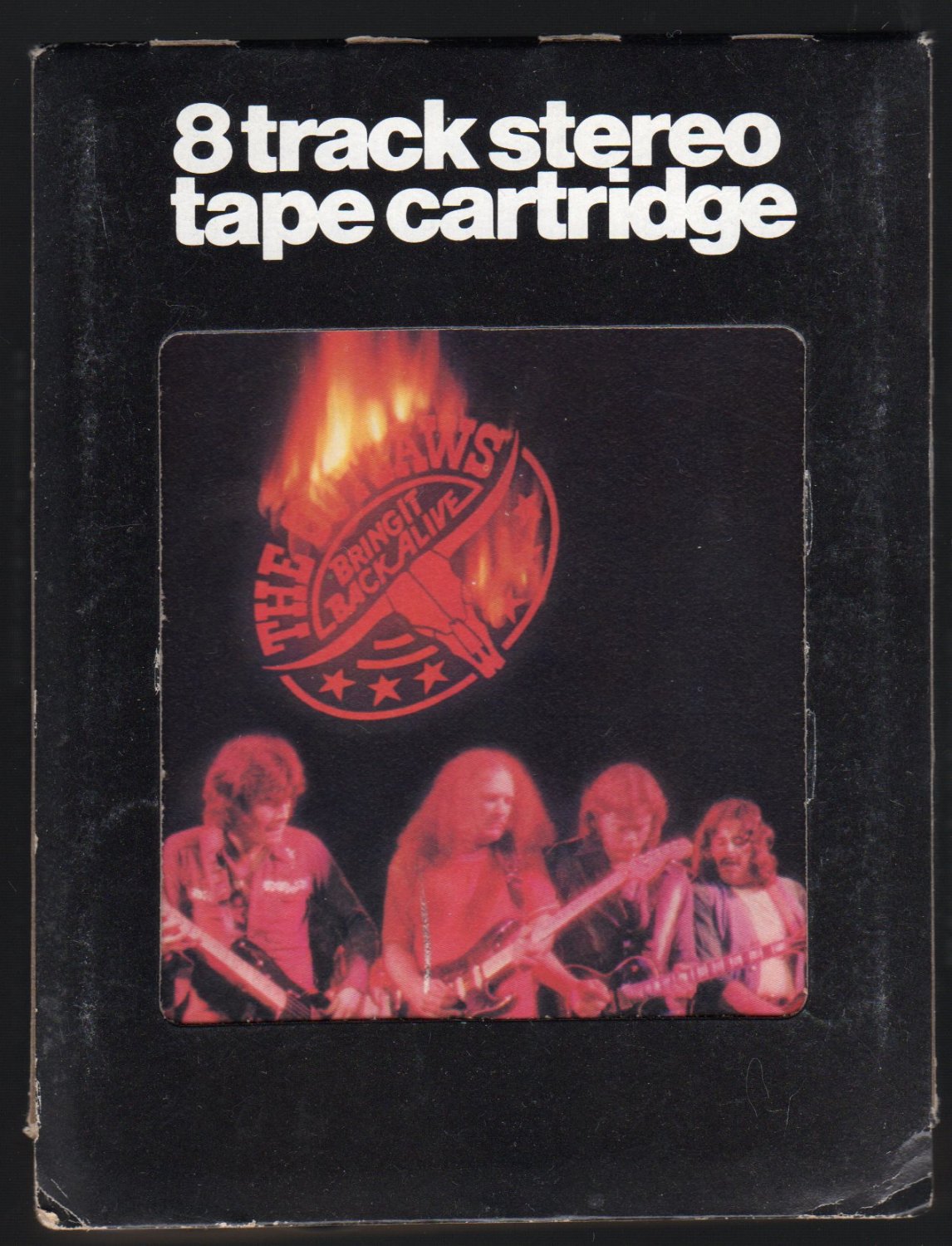 Tweet
Bring It Back Alive is a live album by American southern rock band Outlaws, released in 1978. It was released as a double album, and later re-released as a single CD.

The Outlaws are a southern rock band formed in Tampa, Florida in late 1967 by guitarist–vocalist Hughie Thomasson, drummer David Dix, bassist Phil Holmberg, guitarists Hobie O'Brien and Frank Guidry, plus singer Herb Pino. Guidry brought the name Outlaws with him when he joined (he had been in another group that had that name). Previous to Guidry's arrival the band was called The Rogues, then The Four Letter Words. By early 1968 O'Brien and Holmberg both left the band to get married, and Frank O'Keefe came in on bass. Later that year, Tommy Angarano joined the Outlaws to replace Herb Pino, bringing Hammond organ sounds and his style of vocals to the band. Shortly after, he quit and Herb was brought back in. In the spring of 1968 the group's first manager, Paul D., brought them to Epic Studios in New York City to record an album, which was never released after the band and the producer of the album had a falling-out. Guidry left at this point after differences with the manager. The group headed back to Tampa, then got another deal to go to Criteria Studios in Miami. There they recorded another album with producer Phil Gernhard. But this album was likewise never released, and Gernhard vanished soon after. Ronny Elliott was brought in around this time to play bass while O'Keefe briefly switched to guitar. But O'Keefe went back to bass after Elliott left in 1969 and Herb Pino began playing guitars and doing vocals at this time. Drummer Monte Yoho also joined that same year to sub for Dix.

In early 1970, the Outlaws were joined by two members of the Dave Graham Group that was also managed by Paul D. (Ped-Dyn. Productions.) The Dave Graham Group's Union leader was Monte Yoho, but he was not invited to be part of this line-up. The early 1970 Outlaws line-up was Hughie Thomasson, Frank O'Keefe, Dave Dix, Billy Jones and Dave Graham. Graham was influential in moving the group toward country-rock, especially the music of Poco. They recorded a cover of the Doors "Five to One" as an audition to a recording deal that never materialized. This grouping disbanded in the spring of 1970 and the group eventually parted ways with Paul D. Yoho and Herb Pino returned, but by 1971 the offers for gigs had slowed down and the group went into limbo for a year or so, not sure if they would continue.

In 1971 Henry Paul, a singer and guitarist who was born in New York but grew up in the Tampa area, returned from a stay in Greenwich Village NYC to form Sienna, which was more of a country rock outfit. He was joined by Monte Yoho and Frank O'Keefe. In 1972 Hughie Thomasson returned from a brief spell in New York where he'd been backing up folksinger Milton Carroll, joined up with Paul, Yoho and O'Keefe and Sienna became the reborn Outlaws.

Billy Jones, who would sometimes show up to jam with the group on organ in 1971 and 1972, returned from a stint in Boulder, Colorado in 1973 and switched to guitar, giving birth to the band's first infamous guitar trio later dubbed "The Florida Guitar Army". O'Keefe left the group temporarily in 1973–74. Buzzy Meekins and another bassist named Rick stood in until he was able to return. In 1974 Charlie Brusco signed on as manager for The Outlaws. Alan Walden (brother of Capricorn Records founder Phil Walden) was told of the group by Lynyrd Skynyrd frontman Ronnie Van Zant and he joined forces with Brusco as co-manager.

The band was the first act signed to Arista Records under Clive Davis. Davis was in the audience at a show in 1974 where the band was opening for Lynyrd Skynyrd in Columbia, South Carolina. At the end of Lynyrd Skynyrd's set, lead vocalist Ronnie Van Zant said from the stage: “If you don’t sign the Outlaws, you’re the dumbest music person I’ve ever met—and I know you’re not.”

The Outlaws' earliest well known songs were "There Goes Another Love Song" and "Green Grass and High Tides", both from their 1975 self-titled debut album. Their 1980 cover of "(Ghost) Riders in the Sky" from the album Ghost Riders was their biggest single chart success, reaching #31 on the Billboard "Pop Singles" chart.