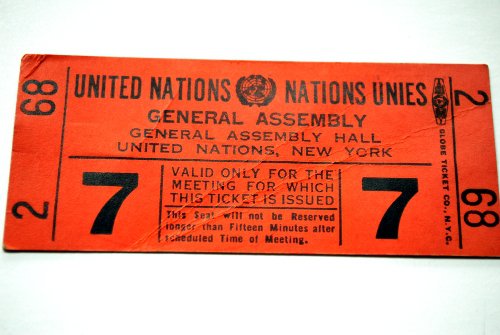 Tweet
This is a ticket that granted its carrier admission to the United Nations General Assembly in 1968. That was the 23rd session. Of note that year, for instance, is that it was the year that China was admitted to the UN.

The ticket is in good shape. It is untorn, but shows minor creasing at the corners and in the body of the ticket. No other damage is apparent.

Other Products from jenniferlynnsfinds (View All)