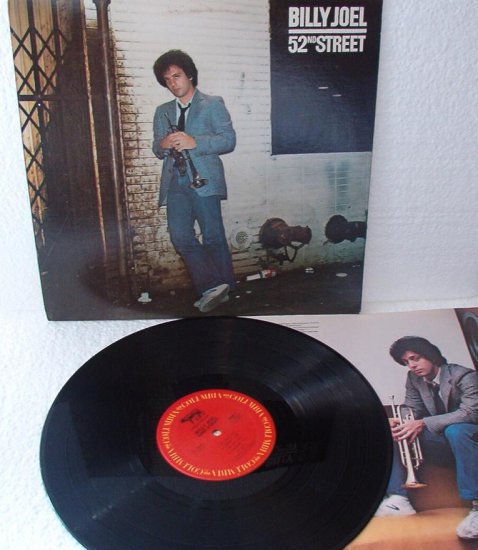 Tweet
Condition: Has been listened to and determined to be Near Mint- condition. Album cover is very good+ condition: clean, no writing, light edge wear.

52nd Street is the sixth studio album by Billy Joel, released in 1978. It was also the first of many Joel albums to top the Billboard charts, along with his third and fourth Grammy win. The track "My Life" benefited from the exposure it received when producers of the situation comedy Bosom Buddies used the song (performed by a different singer) as its theme. 52nd Street also became, in 1982, the first album to ever be released on compact disc.

All songs written and composed by Billy Joel.