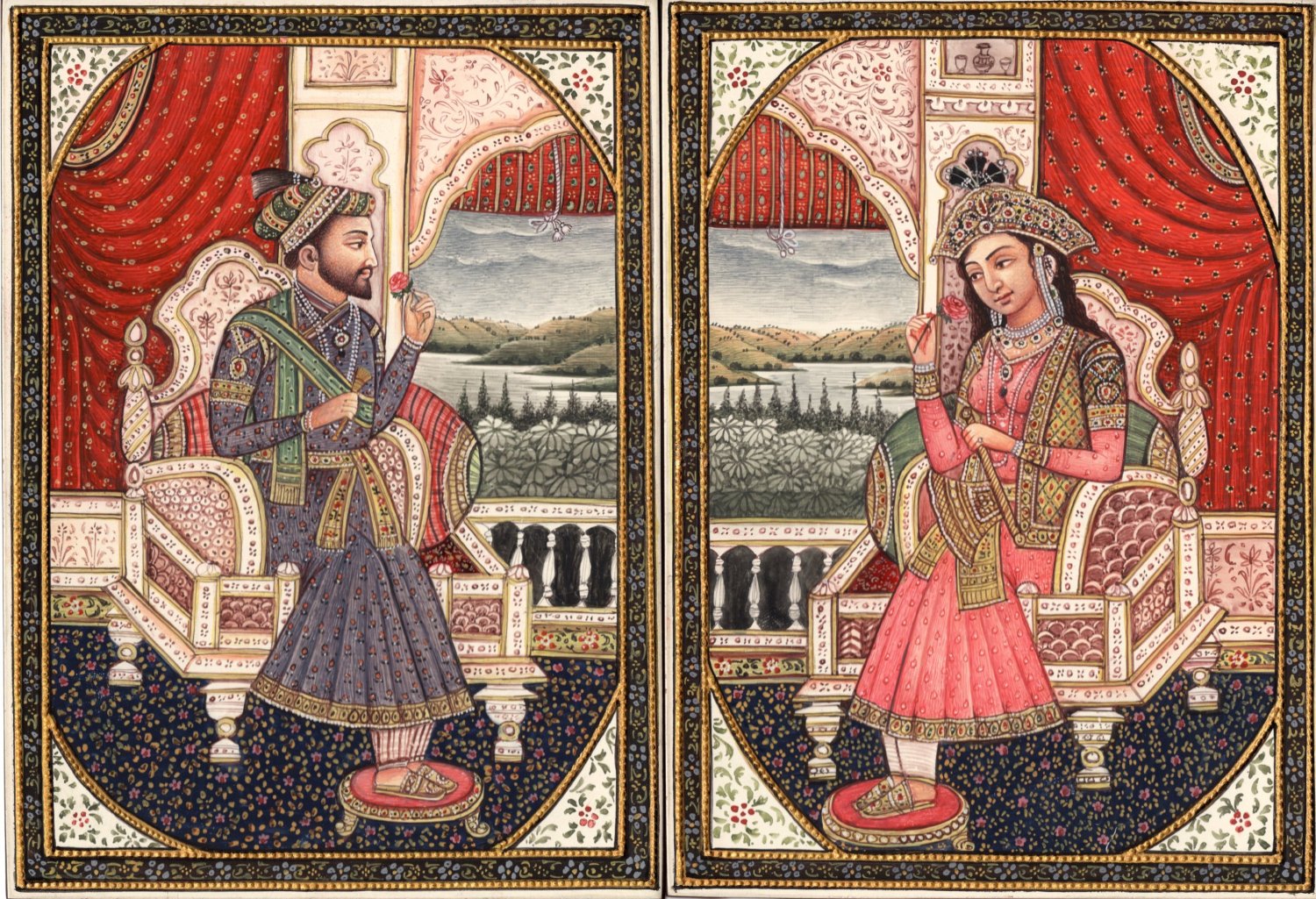 Presenting a superb hand-made Mughal miniature portrait painting. You are invited to relive the glory of the Mughal empire with this classic masterpiece of Indian history.

Shah Jahan was the fifth Mughal Emperor of India. He ruled from 1628 until 1658.Shah Jahan’s reign is known as the Golden Age. Mughal architecture was refined and some of the most stunning buildings were built during this time, including the famous Taj Mahal in Agra, which Shah Jahan built as a tomb for his beloved wife, Mumtaz Mahal.

Superbly hand painted this artwork is a treasure in itself, celebrating the joys of viewing the portrait of the Mughal Emperor Shah Jahan and his wife Mumtaz Mahal in a grand royal setting that verges on paradise. It is a marvelous, magical depiction, bringing together the best of history and home decor elegance.

You can own this rare and sleek historical Mughal art for your valued collection, right now! Buy it today.

NOTE: You will get two separate pieces of art with this purchase.