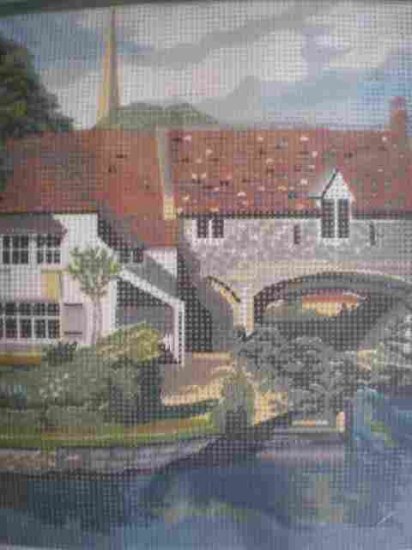 Tweet
ITEM ON HOLD
Original Artist's description on the kit"
"Pull's Ferry stands on the banks of the River Wensum, a tributary of the Yare which flows into the North Sea at Great Yarmouth. The archway and turret were built in medieval times over a canal along which the Normans brought stone to build the Cathedral in the 11th Century. The adjoining ferry house is believed to have been built in the reign of Elizabeth 1 and the first ferryman was a Cathedral chorister named John Sandlin. The house is named after a later occupant, John Pull, who ran it as a public house and operated the ferry from 1796 until 1841. The house ceased to be used as a public house after 1841, the ferry continued to operate right up until the outbreak of the Second World War.

After some restoration in 1945 by a local architect, the house became the headquarters of the Norwich Girl Guides."

Package is as new

Other Products from dollyjanes (View All)