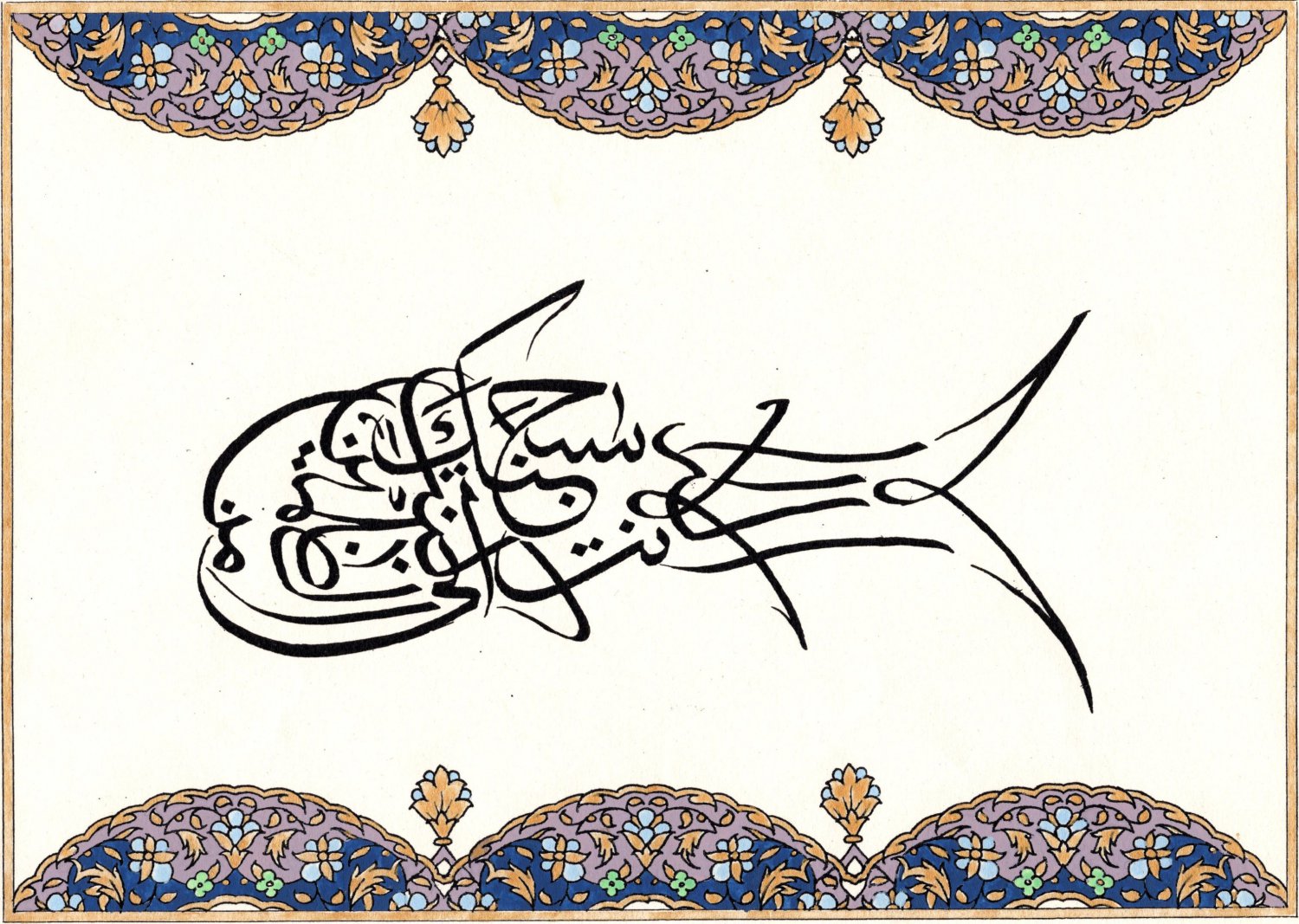 The zoomorphic Islamic calligraphy art form is a mode of script metamorphosing into living forms which are also readable letters and of using script to delineate such forms. The flexibility of the Arabic letters allow themselves to be bent and extended in a way which is impossible with other alphabets.

The practice established itself only relatively late in Islamic art and developed in Ottoman Turkey, India and Qajar Iran around 1458.

The art presented depicts a fish with a remarkable symmetry in the composition. It also contains beautiful stylized flower and leaf designs that are drawn from mosque tiles created during the Ottoman empire. It is certainly a piece to own for Islamic art lovers.

Don’t miss out on this exclusive Islamic Calligraphy art, buy it now!