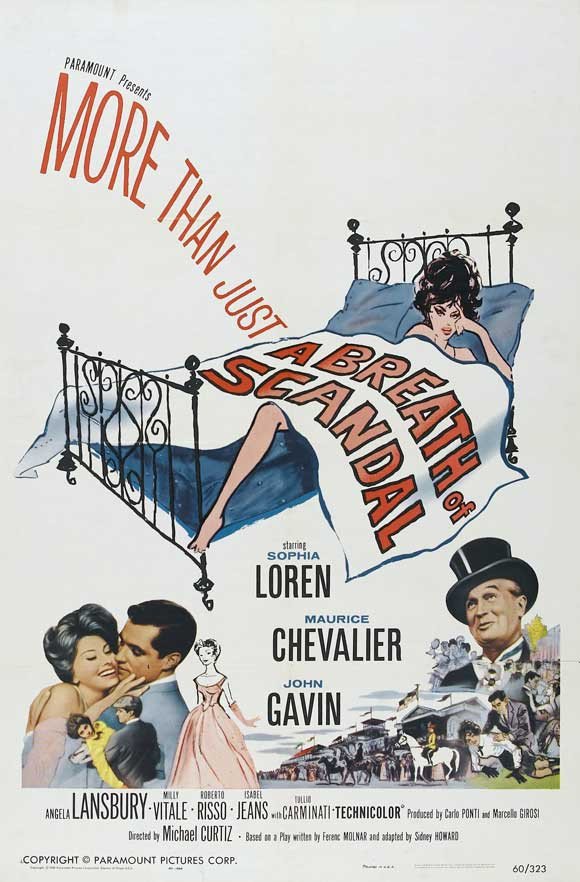 It's 1907 in Vienna, the "City of the Waltz." Beautiful Sophia Loren (Two Women) is the Austrian princess who, despite her exile from the familial estate for "scandalous indiscretions," scorns her mother's wish to marry a prince. Instead, she sets her sights on handsome John Gavin (Psycho), a visiting American mining engineer who has garnered the approval of her father (Maurice Chevalier) as well. Michael Curtis (Casablanca, White Christmas) directs, and Angela Lansbury provides icy snap as a scheming countess. With the elaborate costumes and sumptuous decor of Viennese society, A Breath of Scandal is a breezy, charming and refreshing romantic comedy that sets Emperor Franz Joseph's court abuzz with unrestrained gossip!