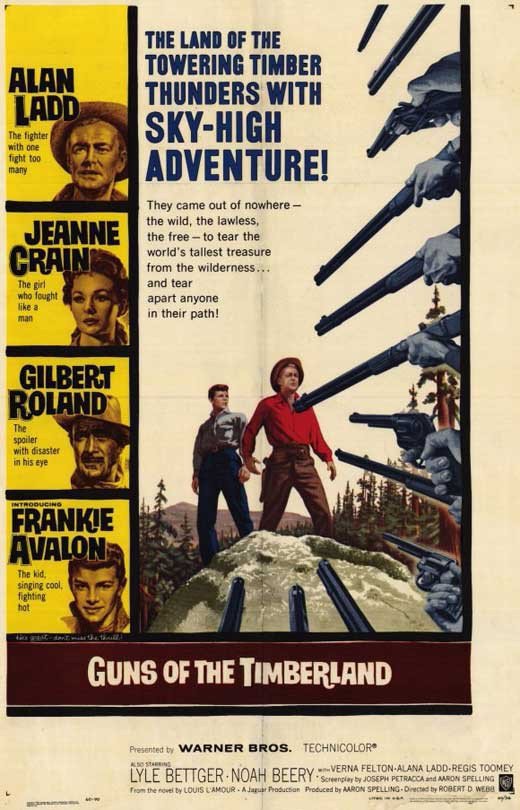 Guns of the Timberland is a 1960 feature film starring Alan Ladd and Jeanne Crain. Alan Ladd plays Jim Hadley, a logger. Hadley and his lumberjack crew are looking for new forest to cut, they locate a prime prospect outside the town of Deep Wells. The residents of Deep Wells led by Laura Riley (Jeanne Crain) are opposed to the felling of the trees, believing that the loss of the trees would cause mudslides during the heavy rains. Conflict between the towns residents and the loggers is inevitable. Alana Ladd, Alan Ladd's daughter features in the film as Frankie Avalon's love interest. The film also contains musical numbers by Avalon.