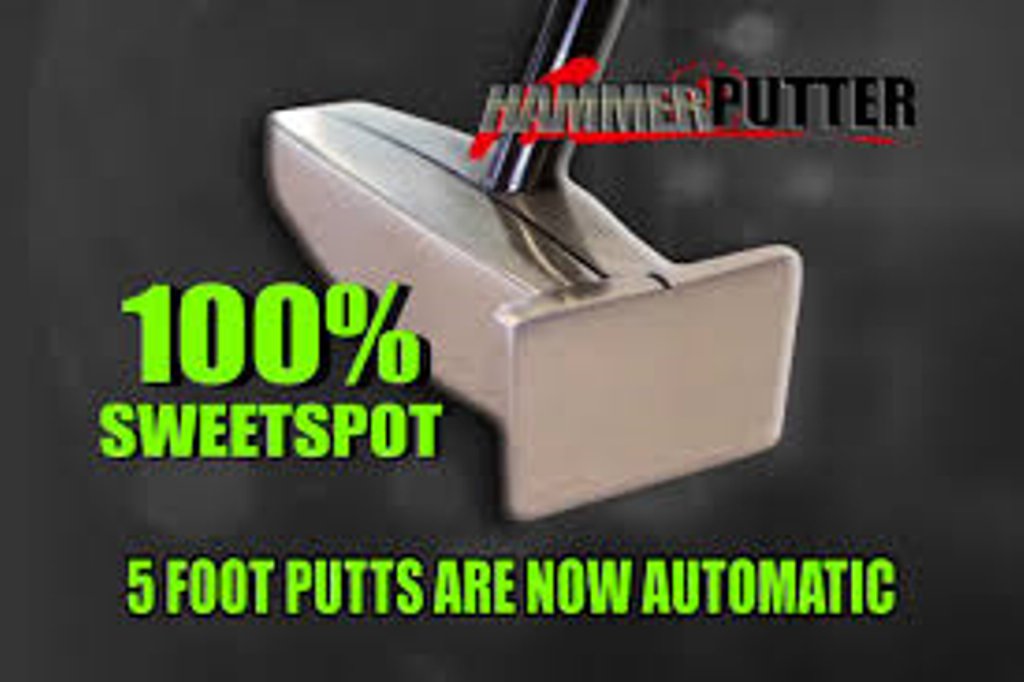 NOT USGA LEGAL...but great for the non-professional who wants to break 90!! Make more putts easily...

GRAPHITE SHAFT.....AMAZING PUTTER
The NEW HAMMER Putter is the 1st Real Putting Technology. If you shoot 100, now it is a 90, if you shoot a 90, now it is an 80, 80 players can shoot in the 70’s! It’s that easy… It works… and it's guaranteed to eliminate 3-Putting, saving you 10 shots off your next round. So take your golf game to the next level with the


The Hammer Putter Golf Club has a revolutionary putting face that's roughly the same size as a golf ball — so it’s 100% sweet spot! There’s no heel or toe on this putter, just a weighted face that keeps your swing squarely along the X-axis plane. The “plumb-bob” motion gives you straighter, more accurate putts, so four- and five-foot putts become “gimmes.” Silver/black color scheme, available in right-handed and left-handed versions.
... [Full Description]

Other Products from golfandmore (View All)