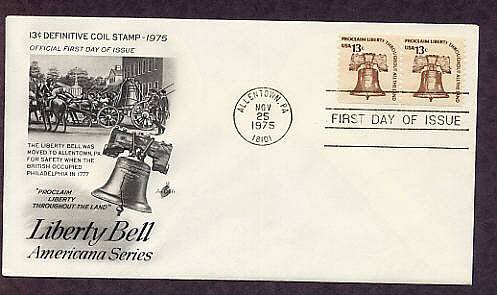 The Liberty Bell was moved to Allentown, Pennsylvania for safety when the British occupied Philadelphia in 1977.