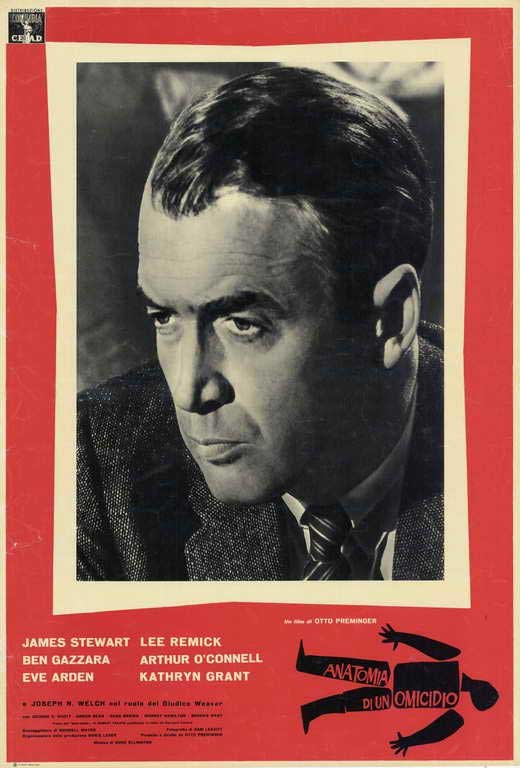 A riveting courtroom drama of and premeditated murder is brought to life with an all-star cast in the suspenseful and highly-acclaimed Anatomy Of A Murder. Nominated for seven Academy Awards including Best Picture (1959), the film pits a humble small-town lawyer (James Stewart) against a hard-headed big-city prosecutor (George C. Scott). Emotions flare as a jealous army lieutenant (Ben Gazzara) pleads innocent to murdering the rapist of his seductive, beautiful wife (Lee Remick). Produced and directed by the renowned Otto Preminger, the film features a brilliant score by Duke Ellington. Packed with drama, passion and intrigue, Anatomy Of A Murder is a cinematic masterpiece that will keep you on the edge of your seat!