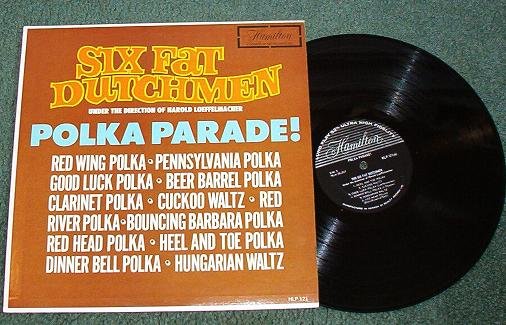 Album cover is near mint-, record, near mint- (partially played to verify), is clean, shiny.

"The Six Fat Dutchmen was a polka band formed around 1932 by Harold Loeffelmacher in New Ulm, Minnesota. The band was known mostly for playing the "Oom-pah" style of polka music that originated from Germany and the German-speaking areas of Czechoslovakia. They were regular performers at the then-famous George’s Ballroom in New Ulm, and were voted Number One Polka Band for seven years in a row by the National Ballroom Operators Association."