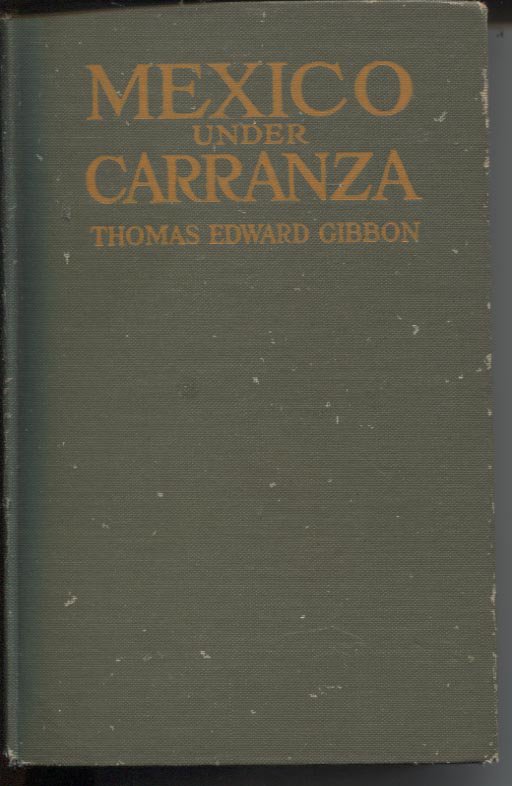 Contents: Venustiano Carranza Garza was one of the main leaders of the Mexican Revolution, whose victorious northern revolutionary Constitutionalist Army defeated the counter-revolutionary regime of Victoriano Huerta (February 1913-July 1914) and then defeated fellow revolutionaries after Huerta's ouster. He secured power in Mexico, serving as head of state from 1915-1917. With the promulgation of a new revolutionary Mexican Constitution of 1917, he was elected president, serving from 1917 to 1920.

In this book, written in 1919, the author looks at how Mexico had fared up to that point under Carranza's rule in regard to how average Mexicans were faring, how resident Americans were being treated, Mexico's economic welfare, and more.
... [Full Description]